November 01, 2014
If you're like me, you're on a bit of a budget and therefore always hunting round for a cheaper version or the more expensive products. I'm such a geek when it comes to stuff like this and I can spend forever smelling different perfumes and testing different products if I've heard along the grapevine that it's a great dupe for something I love!

Thought I'd do a little post about my favourite Dupes :)

Jimmy Choo Vs Soap and Glory!
I flipping love both of these and have for at least 4 or 5 years but Jimmy Choo is sooo expensive so I definitely only use it on special occasions. In the mean time, I go through a bottle of the Soap and Glory perfume every 3 or 4 months. Obviously the scent doesn't linger as the real stuff but it still smells amazing and I don't mind if I go abit overboard with it as it's only about £16... or spray my whole bedroom... or car... I definitely overuse it!

MAC Pro Longwear Concealer Vs Seventeen Stay Time Concealer
I first brought the MAC concealer when I was in America last year and since then I have repurchased it twice! I recently had a voucher for a free Seventeen Product at Boots so I thought I'd try their concealer, totally expecting it to be a bit pants. But oh my days, I was so wrong. This stuff is amazing, it's a bigger size tube, it's just as easy to apply and blend and stays on for just as long. There's about £25 in difference and as Seventeen normally have a 3 for 2 offer on, I've not repurchased MAC since I ran out a couple of months ago. 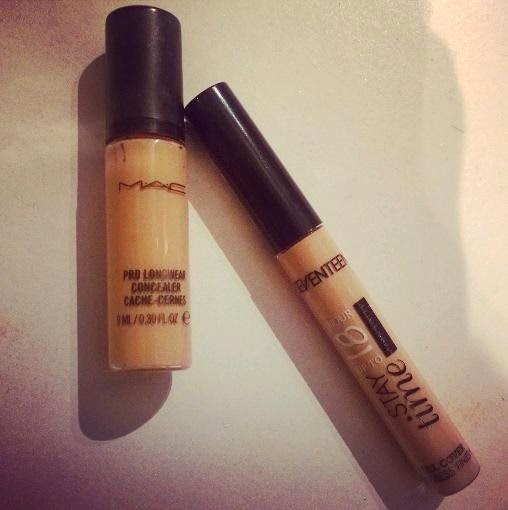 Benefit Hoola Bronzer Vs Seventeen Instant Glow Bronzer
A friend told me about this a couple of weeks ago after I heartbreakingly dropped my Benefit Hoola Bronzer and it smashed everywhere. I couldn't afford to get a new one so she suggested this little beauty. About £17 cheaper and has pretty much exactly the same time of bronzed look, with no sheen or no shimmer. The only difference is that this can take a bit more product to achieve the same look but still, for less than a fiver, who cares if I use a bit more! 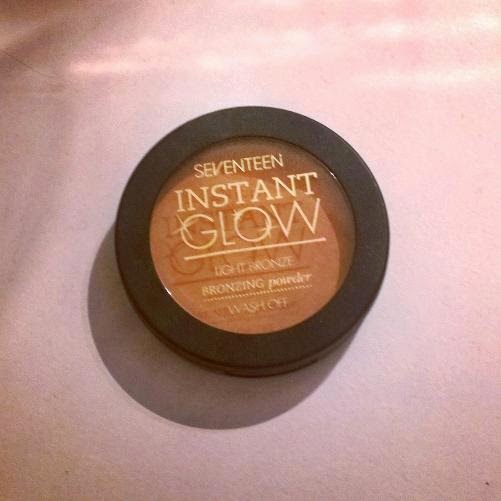 Calvin Klein Euphoria (for women) Vs Jack Wills Hope Cove Body Mist
Last week you may have seen a Tweet or an Instagram of the new Jack Wills holdel I picked up from Boots which contained 7 or 8 body product. Since then, I've fallen in love with the body mist as it had a familiar smell to it. It's taken me a few days but it smells just like Calvin Klein's Euphoria! I smell it I could swear my Mum's in the room. Obviously with it being a body mist it doesn't have much staying power and I've been using it as a room spray too but I believe that Jack Wills sell the proper perfume version which must smell exactly the same - may invest in that for the Mother this Christmas instead! 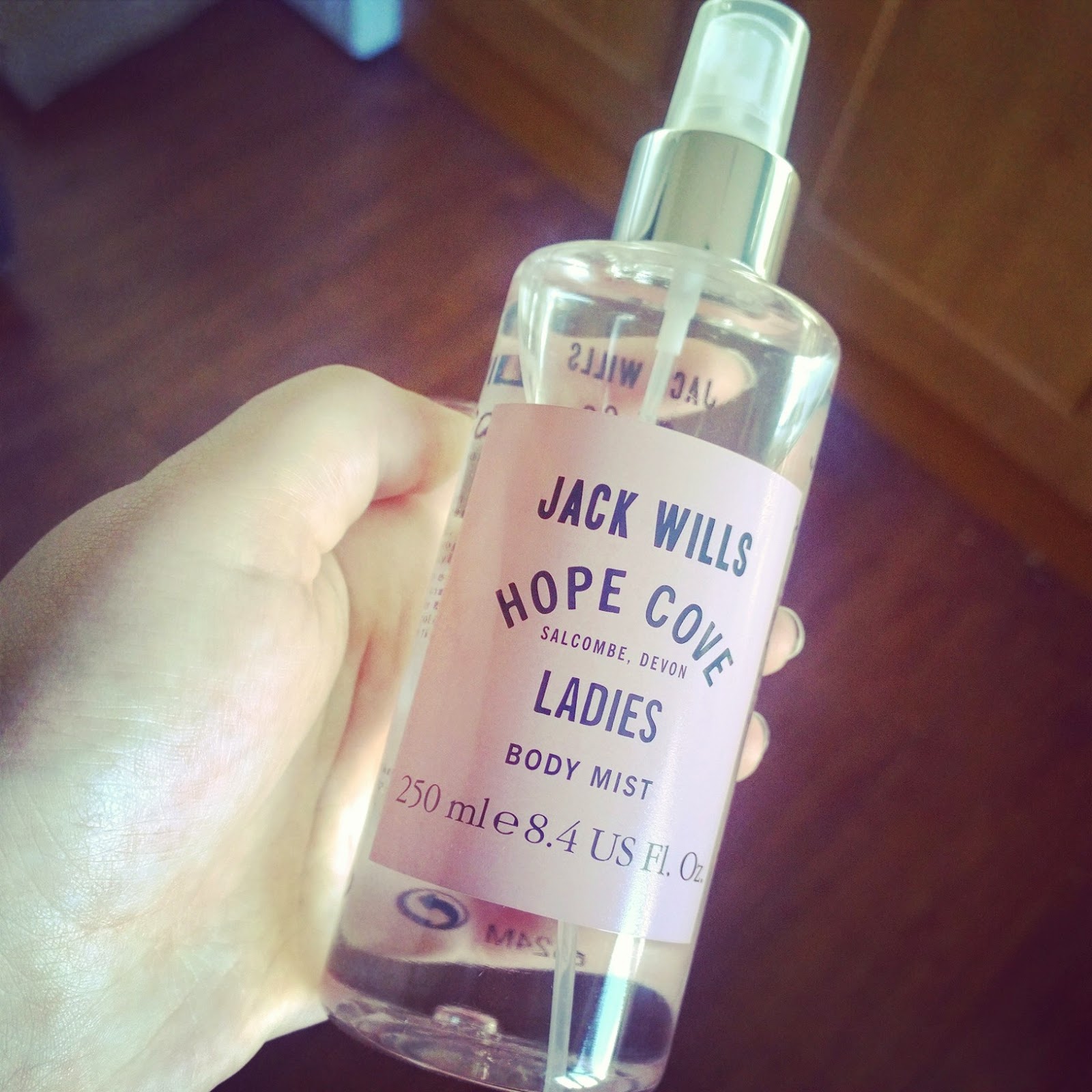 Clinique High Impact Mascara Vs Maybelline Define a lash Mascara
Anyone who knows me knows I'm a sucker for a mini version of anything so when I got this mini version of a Clinique Mascara I was pretty chuffed. I was actually gutted when it ran out as it's one of the best mascaras I've ever used. The same day it ran out, I got given a free tester at work - the Define-a-lash Mascara by Maybelline.. well... it was meant to be! The brushes are so similar and the consistency is so close. Sorry Clinique, as much as I loved you, I won't be buying the full version! 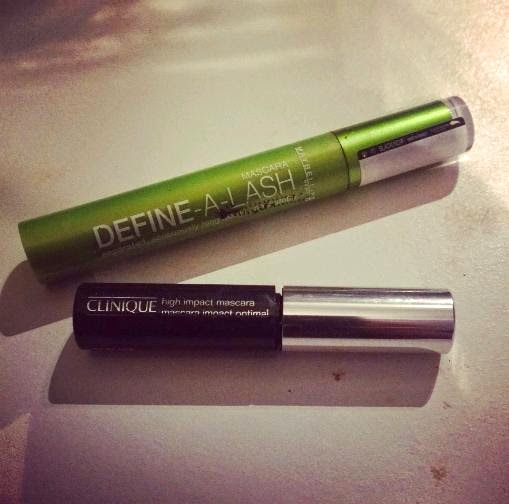 Gucci Guilty Vs Kylie Minogue Darling
My all time favourite dupe.. My favourite perfume is Gucci Guilty by a looong shot! I have so many perfumes they have a drawer to themselves but Gucci is the one I go back to time and time again. So when I had lunch with a friend a few years ago and asked her if she had Gucci Guilty on, I was gobsmacked when she told me it was a £10 bottle of perfume by Kylie Minogue! Gobsmacked I tell you. Gucci is that one bottle of perfume that my family buy me over and over again for Christmas the one bottle of perfume that I don't mind paying a bit extra and treating myself too however if I'm just popping out to the shops, or in work and not doing much else, I'll have a spritz of Kylie instead. Sooo many times I've walked in the office and someones asked if I'm wearing Gucci and been surprised when it's not! Plus the staying power is almost just as good as the real deal. Definitely one I'll be keeping up for life! 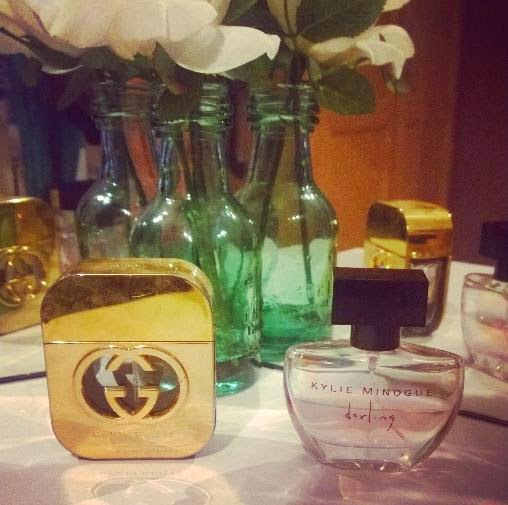