March 10, 2015
The worst part about working for Boots is seeing all the gift sets every day that I desperately want to try as I walk to and from my office through the middle of the store! We've had the WAH London boxsets in for a few months now I was sure I wasn't going to spend £85 on them at their original price so I kept walking ... day after day! A few weeks before Christmas they went down to £45 and then just after Christmas they went to £25. Even then I thought it was a bit steep (even though it wasn't - I was just being tight to try and save money!) but there was one in the clearance section last week due to the box being damaged. Believe me, I've never walked so fast through the store when I was told they were on offer at £12.50! 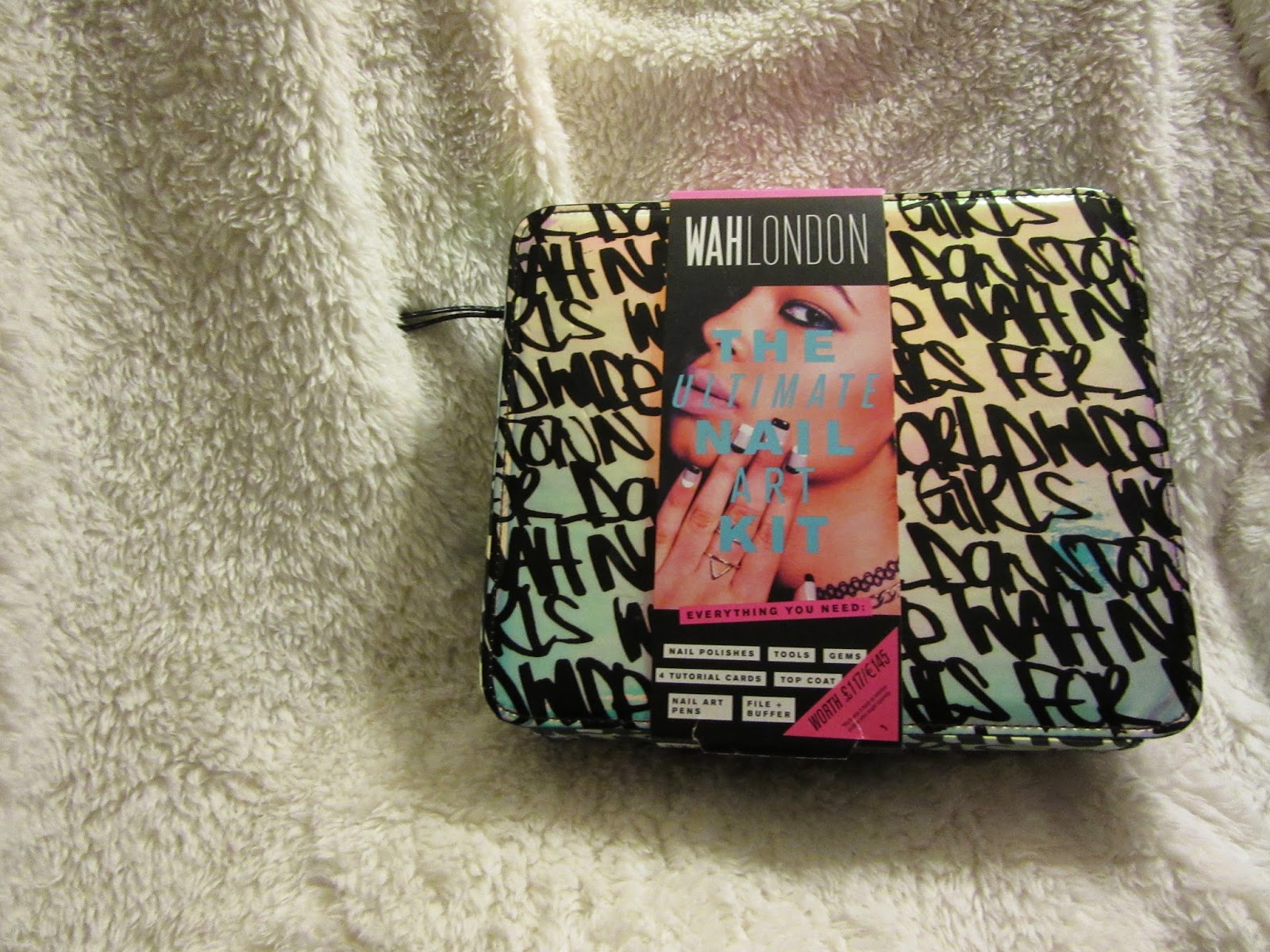 I admit I don't know much about WAH London and I've never brought a nail art set in my life (I'm more of a get the end of a hair grip and attempt to do patterns with normal nail paint kinda gal!) but I loved the box and it looked great from photos I'd already seen so I cracked and brought it.

There's sooo much in the set and in all honesty I don't know how much the polishes generally cost on their own but the set contains 8 different colours and 4 nail art pens. I'm not overly adventurous with nail colours and I like a neutral or dark colour so some I probably won't use but the light pink and the cream are both perfect for me! I watched a couple of WAH nail art pen tutorials online and I have to say they were really simple to use (once you've mustered the strength to pull the lid off!) and perfect for people who are heavy handed and not in the least bit dainty like me! 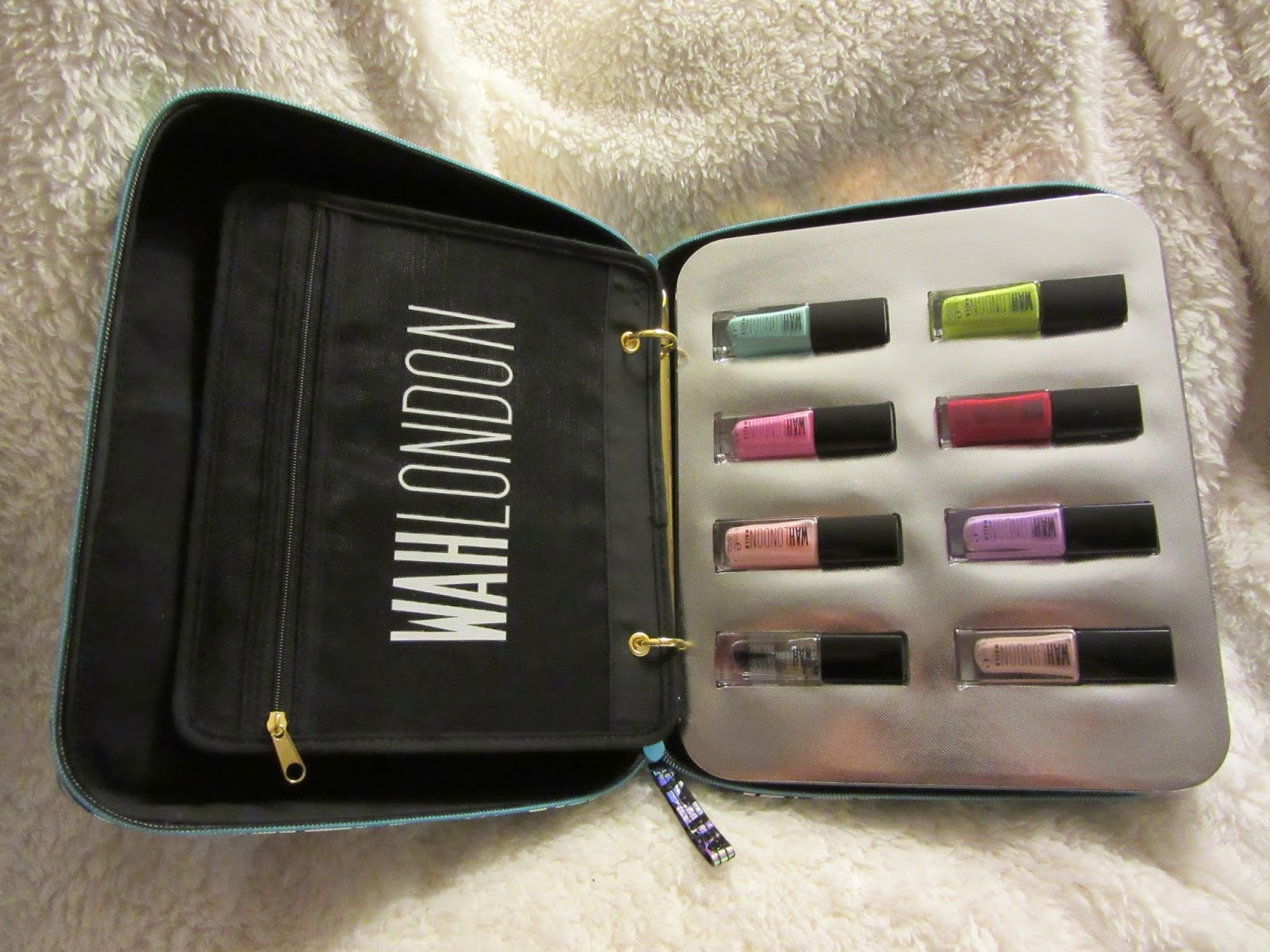 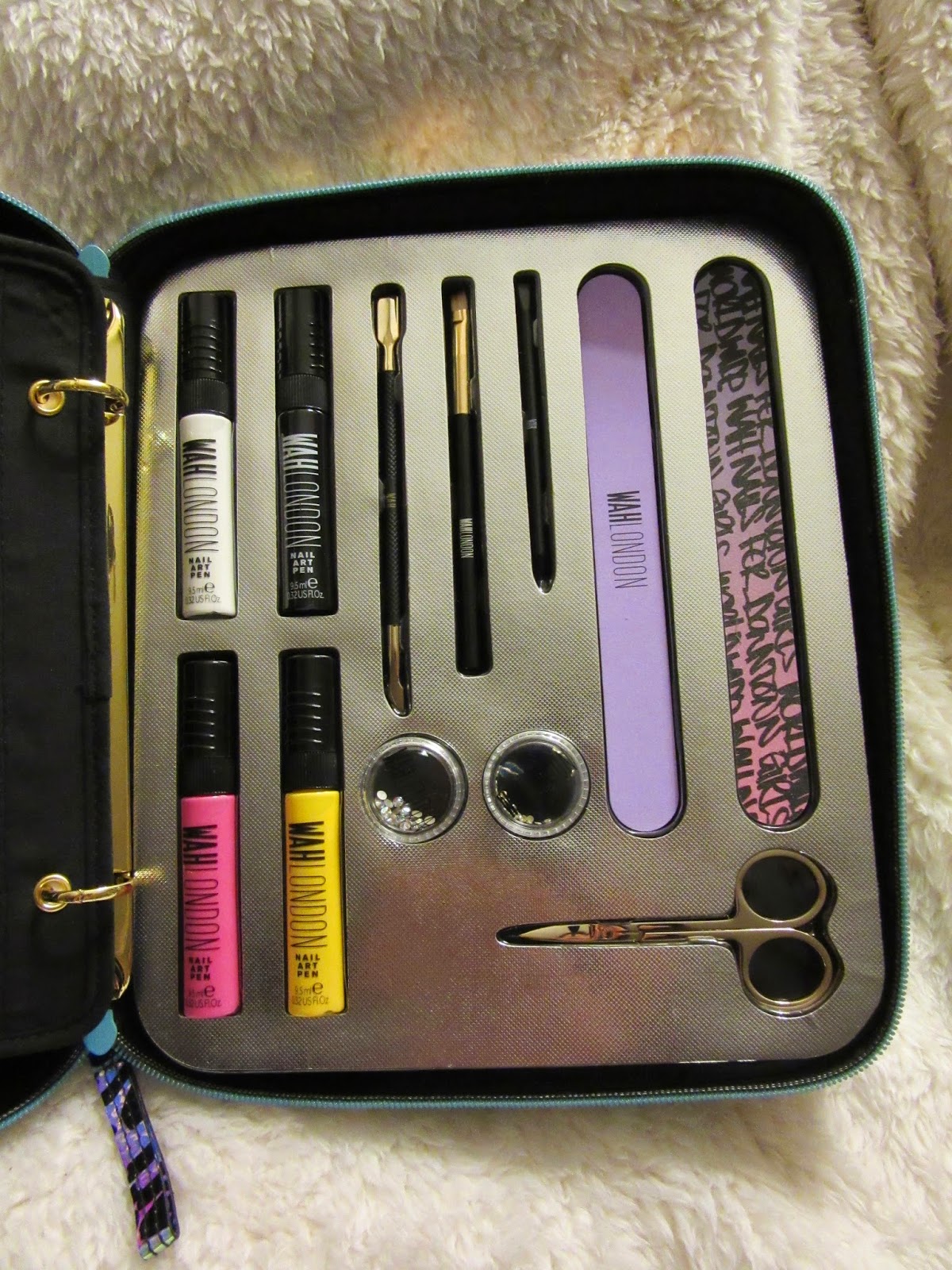 The Zip compartment is great for storing the polishes in as well as being handy to take when travelling as it's removable, and there's a section at the back in the inside of the box to keep all your pens and the tools that you get with it (not that I know what any of them are for!) nice and safe so they're not rolling about. 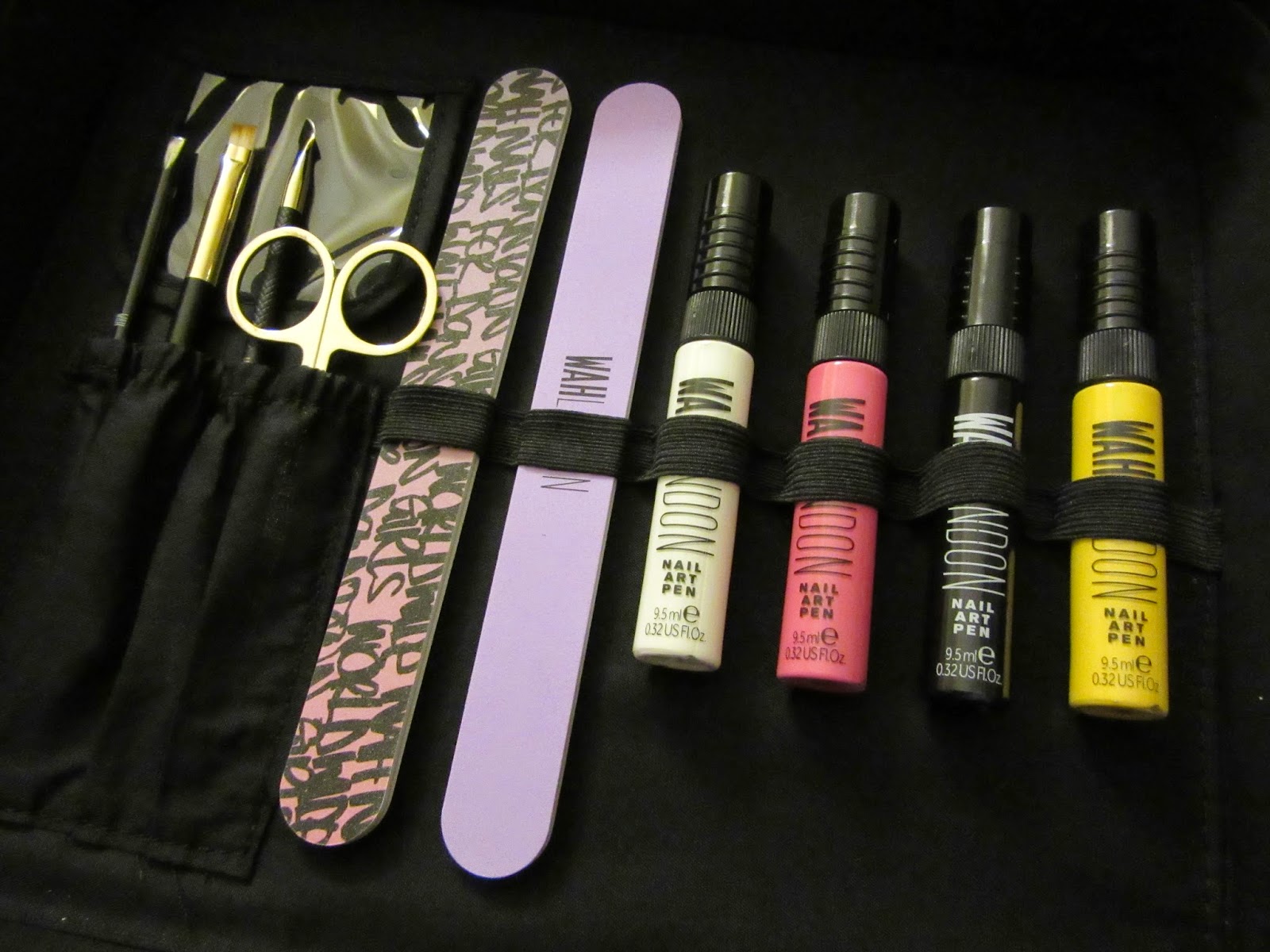 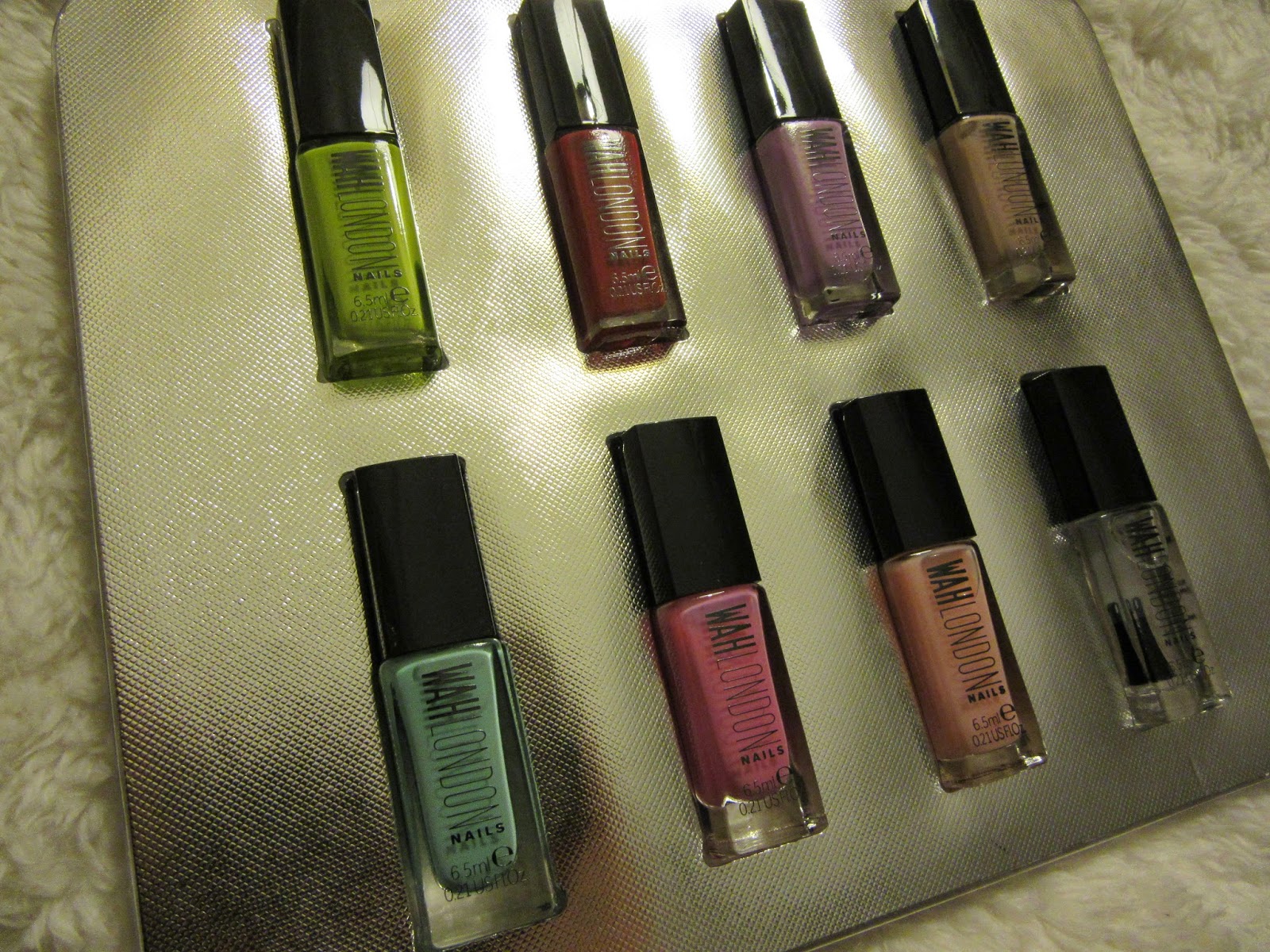 Again, another idea I love is the fact they give you a mini guide to different designs that you can do using the products included so if you fancy a retro manicure or a funky leopard print then you can see how to do them so they look at their very best! 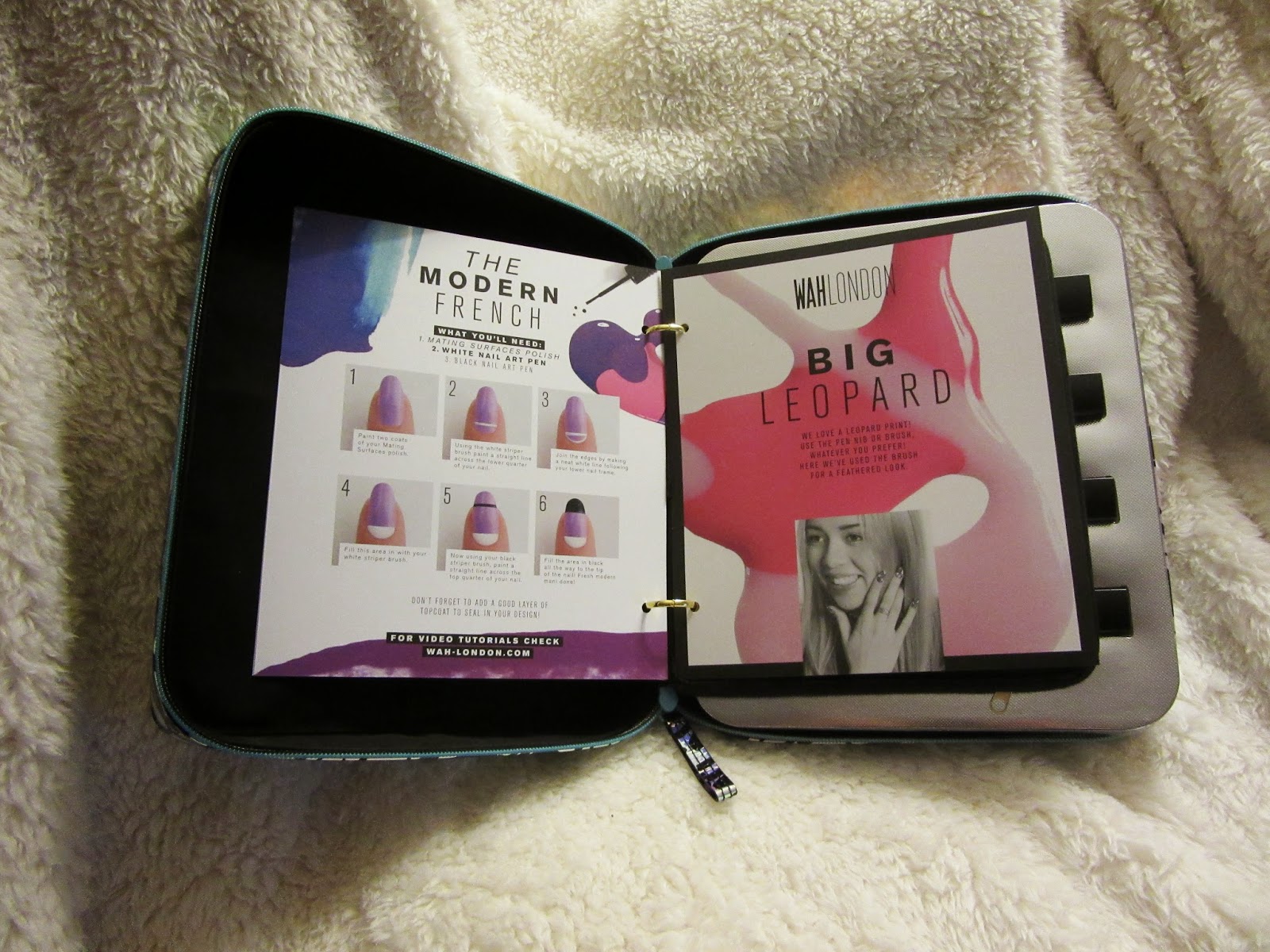 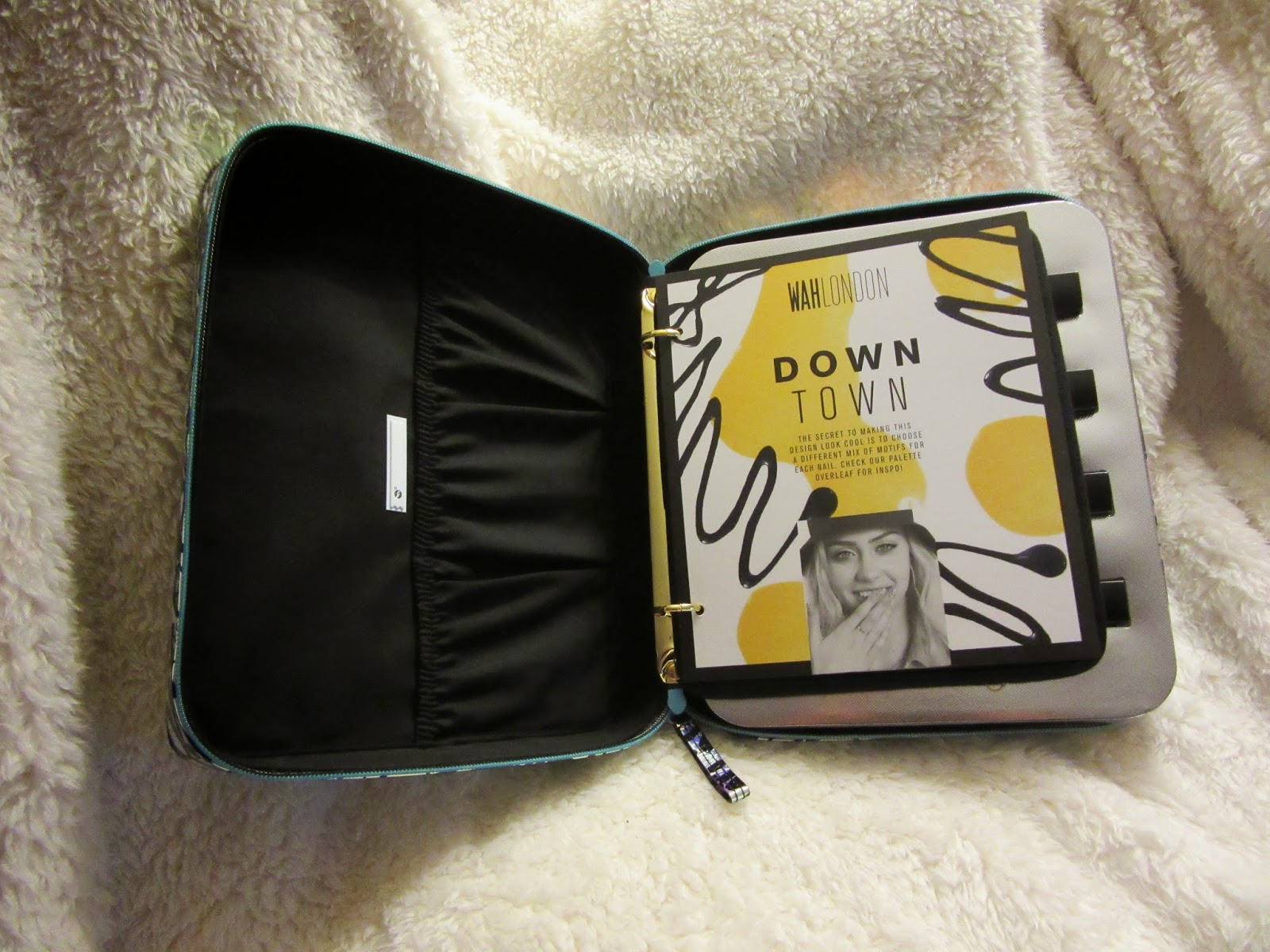 In general I'm so chuffed with how organised the box is and it's a great way to keep all my regular nail bits and pieces in the same place like my OPI nail envy or nail buffer/filer/smoother all in one! The box itself is quite big so it's good for keeping under your dressing table or down the side of your sofa where mine has adopted it's new home. I'd definitely recommend to any nail art lovers out there - it's still in some Boots and I've recently seen it in Debenhams too but the prices are varying due to sales etc at the moment!

PS - This is the first blog I've posted where the photos are from my new Canon SX600 camera that I bagged in the sale! Let me know what you think :)
beauty