May 08, 2015
After a few people have asked how I make certain meals that I've posted on Instagram over the last few weeks, thought I'd pull together a food version of April Favourites and the meals I've been making last month!

As you probably know I'm on a huge health kick because a) I'm doing a 3000 mile challenge for Bone Cancer Research Trust (read more here) so I'm learning about the best foods to eat before/after gym sessions and more about how to get protein into my meals and b) I'm trying to lose weight before my holiday which is in 9 weeks... not that I'm counting. So these are all pretty healthy and normally super quick after a gym sesh!

I did a post a couple of weeks ago about my fitness update and mentioned that I'd been trying to have breakfast a bit more and this is definitely one of my favourites for those days where I have a bit more time (normally the weekend) and may even have it after the gym depending on how early I go! Really simple just 2 slices of toast with fried eggs and fried halved plum tomatoes and spinach. I've been trying to use coconut oil when cooking instead of other oils and generally it's much better. 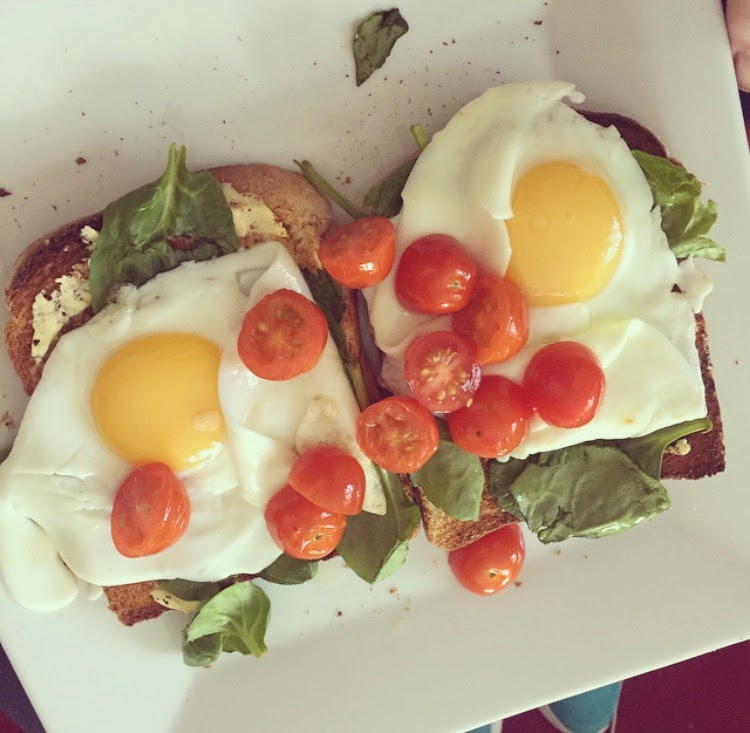 I've never been a huge beef eater until earlier this year but in the last few weeks I've really been drawn to simple steaks with veg and sweet potato chips/wedges which I've made from scratch. I try and fry all the veg together as I prefer it warm than steak with cold salad/veg. It's also perfect with home made beef and onion burgers which I made a video on recently... 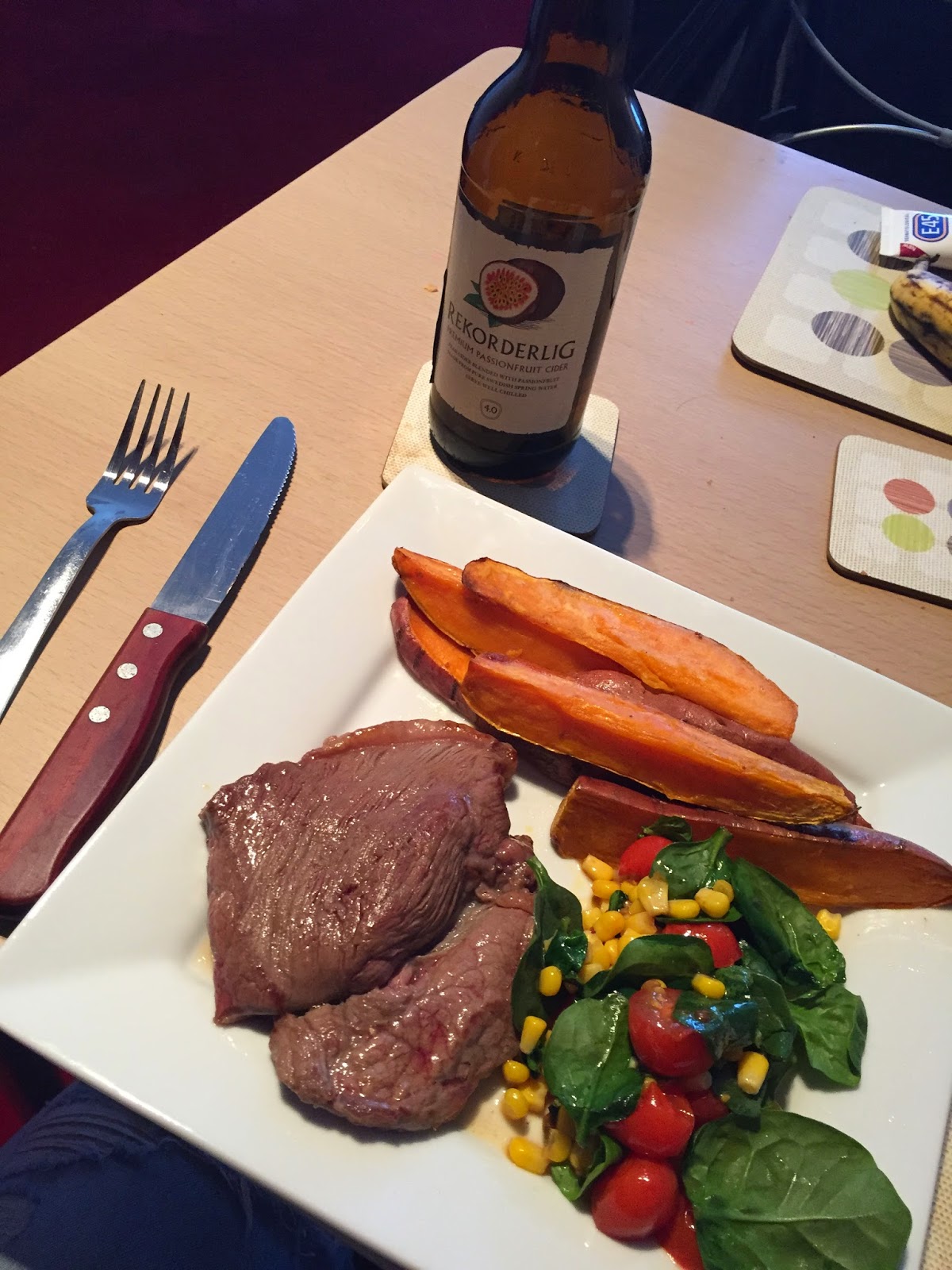 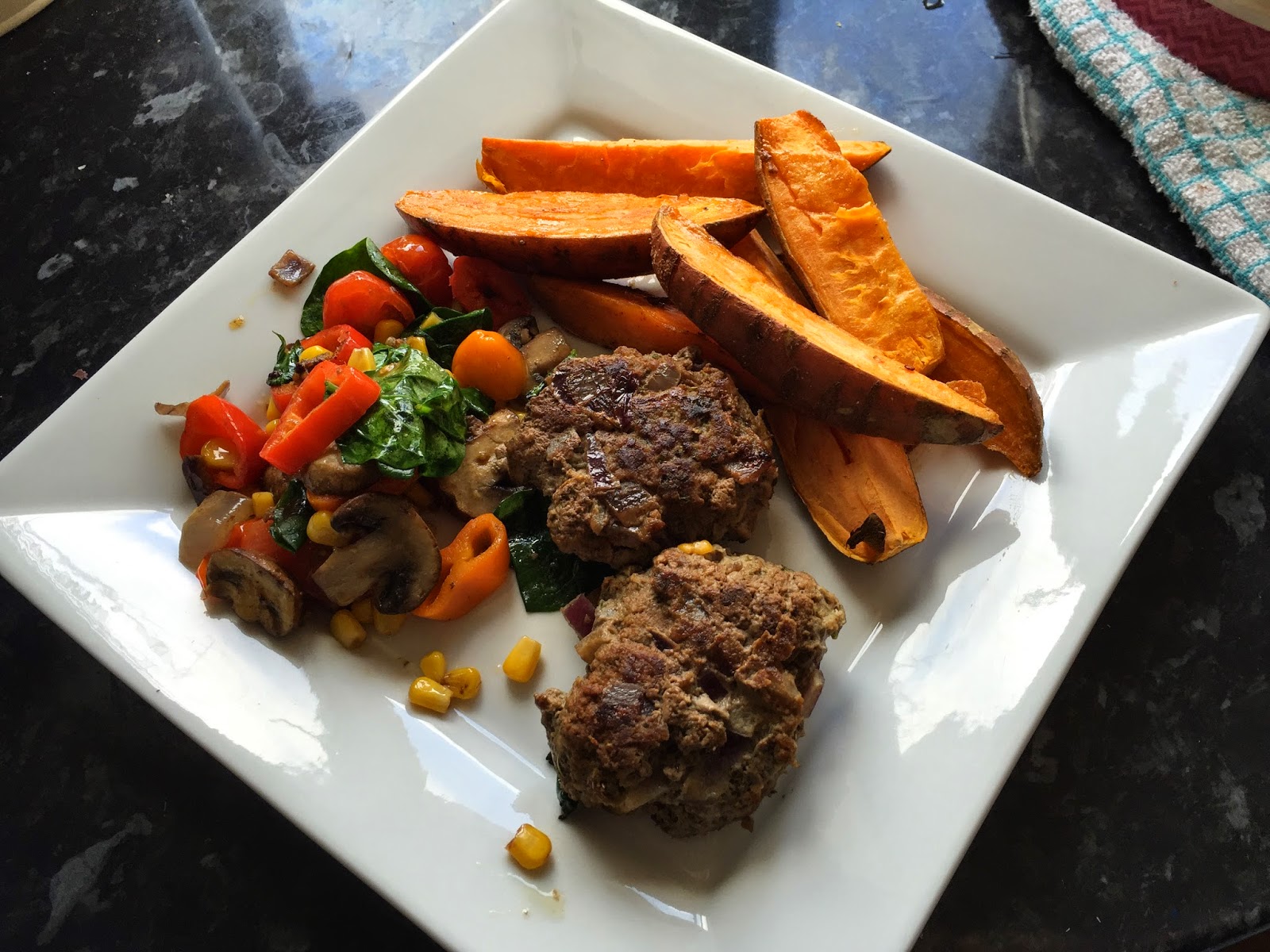 Again a new found love is definitely Salmon.. I seem to be having it a couple of times a week either as a fillet with gluten free pasta and veg or flaked into a stir fry - a stir fry for me is perfect as you can throw in whatever's in the bottom of the fridge and it's really quick and simple. I put sweet chill sauce on the salmon fillet in the oven while cooking so when I shred it and mix it in with the egg noodles the taste carries through! This is definitely possible one of my favs of the month - egg noodles with sliced mini sweet peppers with plum tomato, spinach and mushrooms! 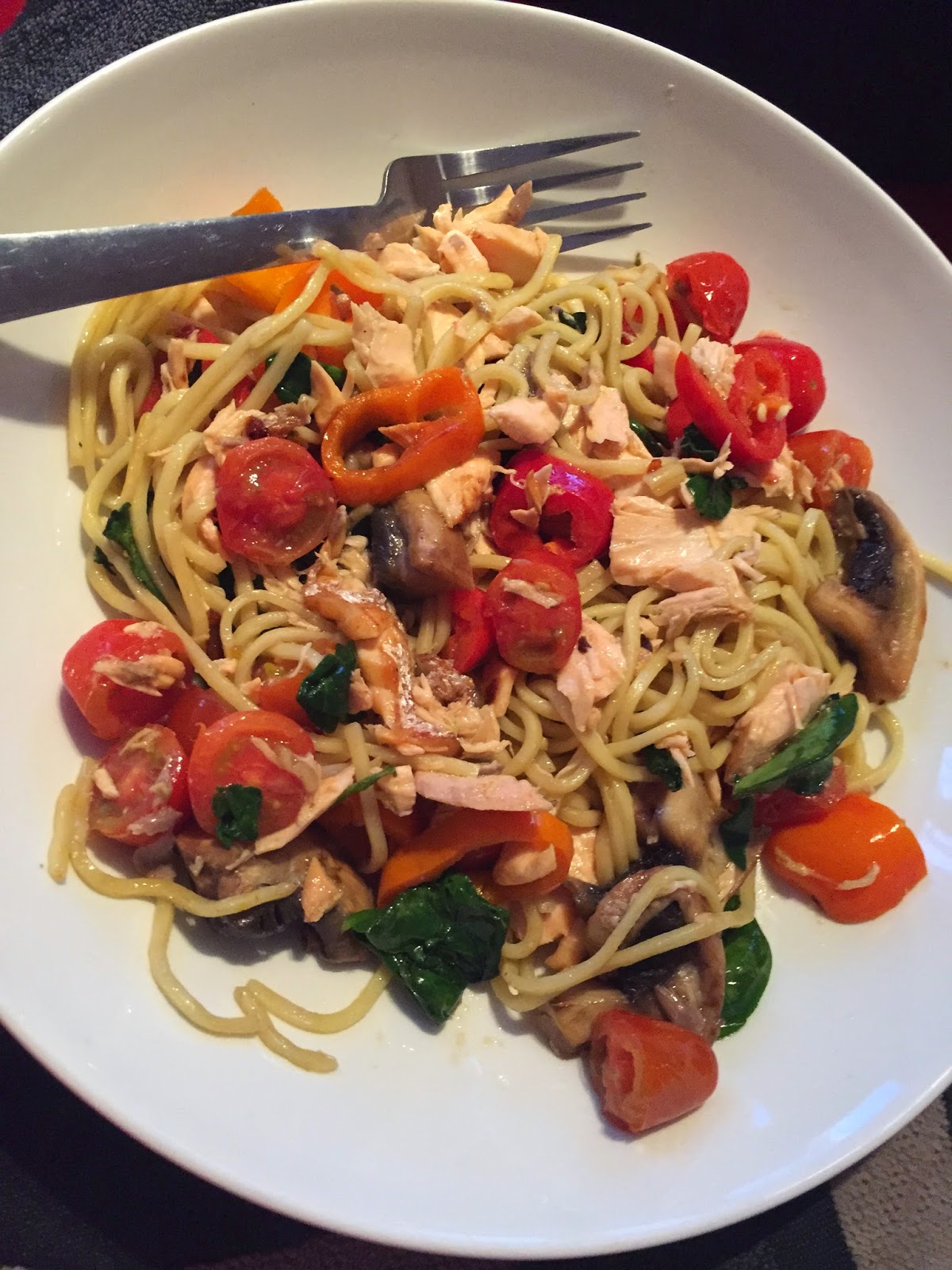 I'm still on the Smoothie Hype and these are currently some of my favourite combos...


My last thing is again, jumping on the hype/band wagon, Kale Chips. I keep seeing everyone post about flipping kale chips and I've never been that fussed as I just assumed they'd be pretty plain and I didn't like kale normally but I opened the fridge last week and saw the 3 bags of kale just sat there (I have a guinea pig... this is perfectly normal in my flat) and decided to give it ago after reading Lydia Millen's post. I cut off the chunky stalky bits (technical term!) and spread them over a baking tray, drizzling them in vegatable oil and give them a good sprinkling of salt and black pepper and even some garlic powder before putting them in the oven for about 15 minutes! I was pleasently surprised I'm not going to lie and brought them to work in a tuppaware box the next day to snack on!
Think that's about it for my favourite meals from April but hope that maybe it give you a bit of inspiration as to what to have for breakfast or dinner today! :)
If you're on a health kick, please do Tweet me your foodie posts and give me new ideas and inspo xo