May 28, 2017
I realised the other day that I've now not blogged for over 2 months. I was half tempted to give up and just jack it in as I was fed up of going "I'm fed up of saying that I'm going to get back into blogging then don't" but I realised how much I actually had to blog about lately and now I've finished the bulk of my NVQ (see further down for my geekiness), I feel a little bored as I don't have any work to do. So here I am, for the 3240978973904th time I'm restarting my blog.

The last couple of months have, in all honesty, been a little horrific and that's why I've not even thought about my blog or even Tweeted/Instagrammed as much as I normally would and everything just got a little on top of me with SO freaking much going on and having to juggle so much at one go...

Managing 2 Pubs at the same time.
One pub kills me off enough and earlier in the year it got quite tough working with Nick and trying not to kill him so an "empty threat" of moving pubs quickly became a genuine threat and within just hours after nearly killing eachother off, I'd found a job in a new pub down the road! 4 Months down the line, I've somehow -without having planned it or even expected it, ended up as Assistant Manager in BOTH pubs at the same time, doing half a week in each. It's taken a while to get used to and sometimes I do wonder what on earth I'm doing but with a great team behind me, helping me through and pushing me, I'm REALLY enjoying it and I think I've found what I want to do for a career - not bad considering I'm 25!

I've been travelling up and down the country over the last few months on various management training courses, sometimes having to stay away for nights and even little workshops and it's given me a fantastic opportunity to meet other people in the businesses as well as see so many other pubs (and steal ideas!). 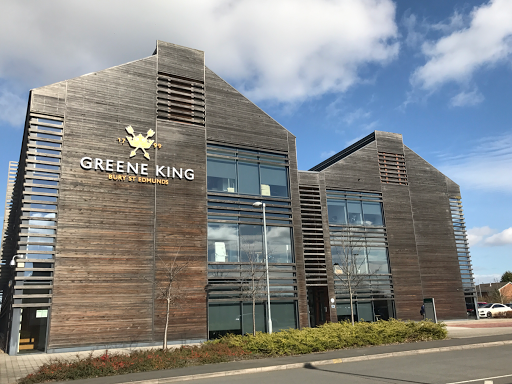 NVQ
So yeah, as well as juggling 2 pubs and all these courses across the country, I've been juggling my Business Management (or something along those lines) NVQ Level 2. I'm not sure how I've managed it and everyone's always shocked when I explain how much I do but I actually really enjoy doing it - so much so, you get given 12-18 months to complete the course but 4 months in, I'm actually nearly finished. All the theory and paperwork has been completed, handed in and signed off! All the hundreds of pages of it - the feeling of it all being signed off after working until sometimes 1, 2, 3am between shifts was so exciting. I feel like I currently have a lot of eyes on me in the business so this is just something else I can add to my CV that I've managed to take a lot from.

Rattling like a pill bottle.
After feeling SO pants lately - and I mean SO pants, angry and just wanting to cry all the time for no reason, I've been back and forth to the doctor's over the last few months trying to suss out why I can't cope with life in general. It turns out that my Pill has been deactivating my anti-depressant so I've ended up coming off of all my tablets and starting over trying out new ones. It's also been a struggle to try and cut down on gluten and sugar after blood tests showed an abnormality in both levels but a few weeks on, I feel really good and am eating much healthier and much better - I'm sure I'll do a post of what food I've been loving lately too.

New Piggies
A year is the longest we've gone without getting a new Guinea Pig and after I went into Pets at Home for work purposes (genuinely was for work purposes!) I fell in love with a gorgeous little ginger fuzzbum. After losing Paddy at the start of the year (still kills me now) I'd said the only time I'd get a new piggy is if it was a Teddy Rex guinea pig which is a rare breed with a beautiful temperament. I went into Pets at Home and they had a gorgeous ginger Teddy Rex pig and I just knew I had to take him home - but taking him would leave 1 little piggy on his own in the shop... clearly I couldn't have that! So meet Simba and Marble: They're absolutely hilarious and totally full of character and despite being different breeds, they love snuggling up together. 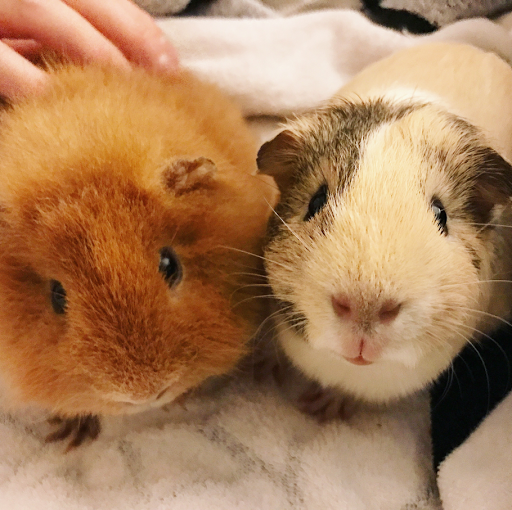 The last few months have been a bit (lot) crazy and trying to juggle everything has definitely got to me at times but I know it's all for a good reason and in the long run it'll be the best thing I've ever done. I'm so grateful I have so many amazing people in my life to help me through and give me that push when I need it.

I've got some blog posts already drafted and almost ready to go so I think this Summer will give me a great chance to get back on it - again!

What have you been doing lately? I feel like I've lost contact with so many of my gorgeous blogging girlies so send me links of what you've been doing and catch me up with what you're up to.