March 11, 2018
So this is one of my most exciting posts in a long while and one I've been waiting for write up for weeks.. If you follow me on Facebook, Twitter or Instagram you'll know that about 2 weeks ago I finally had the balls to go and get my eyebrows Micro-bladed after one of my favourite salons, Identity in Clevedon, held an offer on their Facebook page. When I messaged the team and asked about it and mentioned that I am a wimp (anyone knows me will know what level I am a wimp to) and Beth replied saying that they actually use numbing cream. THAT WAS IT. I'M IN.

Around a week and a half before I went in for my consultation with the lovely Courtney who went through every detail with me. I thought it would be a couple of minutes to do a basic patch test but I was surprised at how thorough it was and how much we went through to make me feel so much more at ease. We went through the shapes and stencils that I could choose from so I knew how I wanted my brows shaping as well as testing a number of different colours to see which suited my skin tone and my also ever changing hair colour. We decided on both of these and took photos so we knew how we were going to start on the big day. The patch test was the first sign for Courtney of how much of a wimp I am when I realised that they use a tool to actually scratch the skin - I had a bit of a freak out but with numbing cream on, I felt like a tool after sitting there going "oh, is that it?".

So I then spent 2 weeks buzzing like a bee with excitement, talking about it to everyone as though it was my birthday and Christmas but then finally.. the day I was waiting for came! So the first Issue was me having had my hair coloured a TOTALLY different colour just the day before (again, with Identity!) and I knew from Courtney's face while the colour was going on that there was going to be an issue the next morning.

Courtney spent a good half hour or so measuring the brows, plucking areas to make them as even as possible, deciding a new colour then putting a base colour to know on the skin to where to work with and that was it... we had lift off!

I made a small video on the day and of various days after just to keep a record of how the brows looked throughout the healing process so I'll pop that just below..

The micro blading experience itself was pleasantly easy and so much different from what I expected. I was honestly a little petrified inside deep down that I'd want to lay and cry in pain and regret my whole choice after 10 minutes but when we actually started, I had so much numbing cream on that I hadn't even realised the needle had even touched the skin. I can honestly say that I didn't once feel the needle. Towards the start it was so relaxed and chilled out, actually felt I could nod off while listening to my iPod to block off some of the sound of the machine (which again, no where near as loud as I expected - just like a vibrating sound) and even for the first hour or so it was fine as we swapped between eye brows to give the skin some relief - plus to top up the numbing cream. The only pain, and even then it wasn't necessarily a sharp pain, pain, more of a "pressing on a bruise" pain, which was around 30-40 minutes before the end as the skin was starting to bruise and even started to reject the ink towards the end which meant we kept going over Skin that had already been bladed. After a while we settled on round 2 at the touch up appointment to save the skin having to go through anymore.

Over the first couple of days I felt that every time I looked in a mirror the colour had changed but after around 24-48 hours after, I was beyond in love with the colour after it had settled and I'd got to a point where I was able to put on a Face of Make Up. On the Sunday (I had it done on the Wednesday) the scab was slightly starting to peel back from the centre of my brows towards the top of my nose so I knew that this was the start. It's taken until today... a whole 7 days later (writing this on a Sunday) for the last bits of the scab to come off so I can finally see the finished result.


Now I can see the finished result, I can see why a touch up is needed after 4 weeks. One brow is darker than the other due to the skin rejecting the ink towards the end but overall, I can see the shape that the brows now are and can see a base colour on the skin itself as a block. I definitely got over excited and thought that I may get away with not having a touch up as they seemed so dark to start with which is what I wanted but I now understand what people say when they said that I'll need to go back for a second go.

I've done a bit of a Q&A below with questions that I've been asked on Facebook/Twitter and that I've been asked in general with lots of other information but in general, even though this is only stage 1, I still think it's one of the best choices I've ever made. It was so much easier than I expected, I didn't hurt and it was so much better than a "tattoo experience". I'd highly recommend checking out a few places first and meeting up with the consultant before hand before even agreeing or booking and paying a deposit etc. See the environment where it'll happen too - I've seen reviews where they said they felt like they were in a Drs surgery but I was so lucky to be able to visit somewhere where the whole team are so friendly and supportive, the room I was in was homely and cosy on a comfy salon bed where I could chill out. I will of course do a second blog post after my touch up appointment in a few weeks to show you the absolute final results. 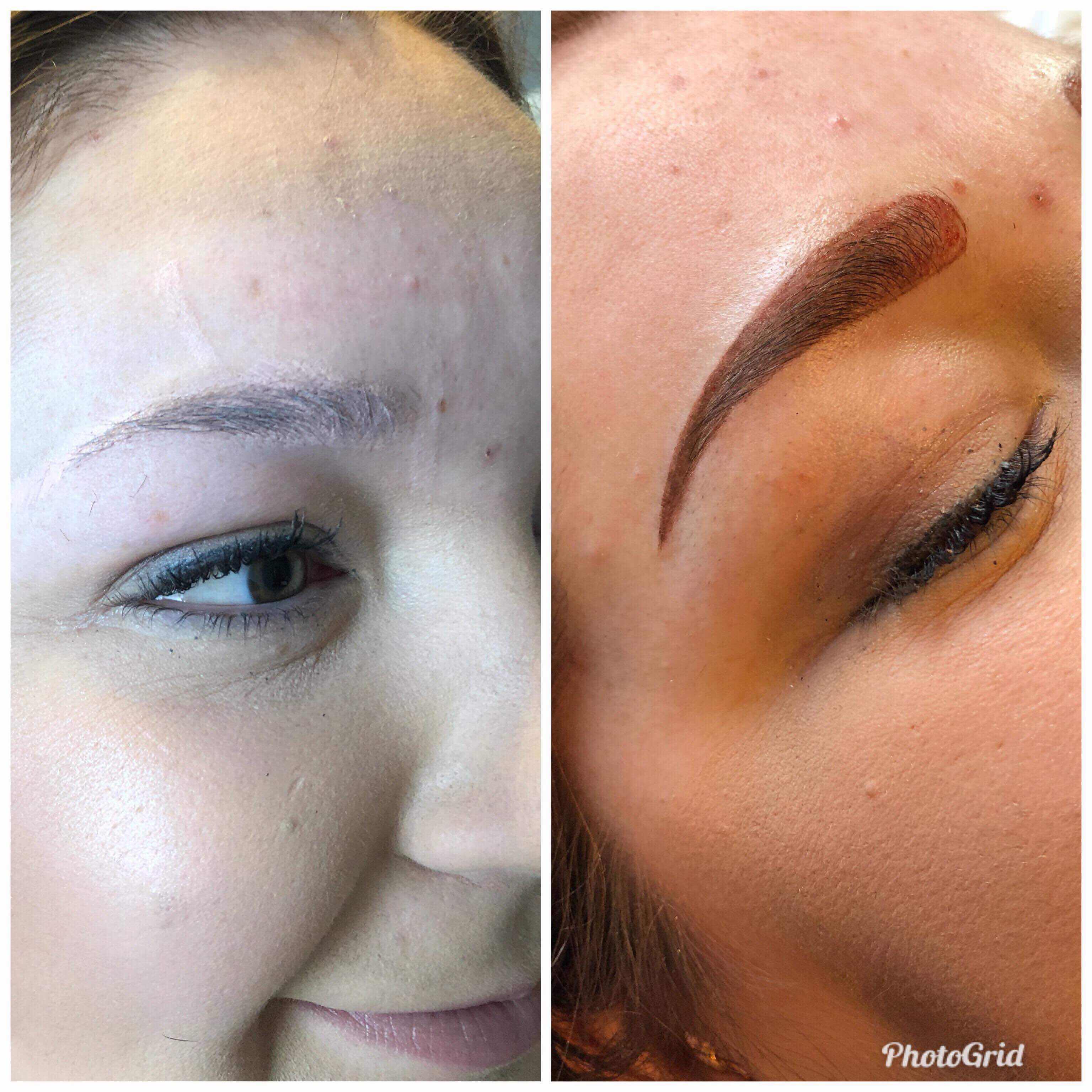 (round 1 before and after)

Does it hurt?
The needle itself doesn't hurt at all with numbing cream on - it's just sore towards the end.

Do you need to go back and have it done twice?
You are advised to go for a touch up to go over any spots that may have not taken the ink as well as other areas of the skin. I'm excited for mine to go a little darker and for the final results.

How long did it take?
In total I was in the "chair" around 3 hours. But had breaks to go to the loo or get a drink or just to walk around and give the skin a bit of a break.

Does the numbing cream where off?
Nope - in fact it was still going strong hours later.

What needle do they use?
Each salon can vary so ask the consultant directly. Courtney used a device on myself with 3 needles on.

Are there different types of Micro blading?
You can get your brows done in strokes or a block. I had mine blocked out but we think on the touch up we're going to do strokes and go darker to see how much darker I can get them.

PS - MASSIVE shout out to Liz, Beth and Courtney over at Identity for being my personal beauty team over the last 6 months when I was in Clevedon. I've loved having my hair done and changed a number of times and to help me have the courage to go and do something I've wanted to do for a while but never been brave enough. I'll definitely be back for my hair every few weeks even though I've now moved.. thank you for making my Clevedon experience so fabulous! xox 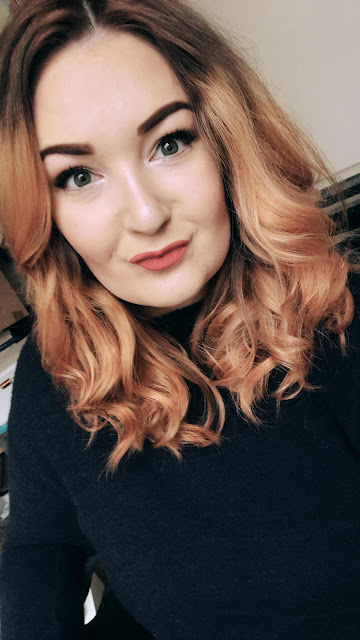