April 15, 2018
The Sleepy Lotion by Lush has been all over social media for a few months now and it's been a part of my bedside table since before Christmas now. I am one of those people who will go out and buy something if there is a lot of hype around it but only if it's something that I genuinely think will benefit me.

I have always suffered with insomnia and crappy sleeping. I've tried herbal tablets, medication prescribed by a doctor, anti-anxiety meds, baths which is half relaxation bubble bath and half water... bath salts, bath bombs all specifically to make you sleep... you name it. I've tried it. I've never slept well since I was a teenager. When I was at home I'd end up staying up watching TV until silly o clock, or reading whole books in a night. Now, years later, I end up in the spare room or on the sofa trying to get to sleep after tossing and turning trying to get back to sleep and not wanting to wake Nick up. I don't know why I'm like this - it's worse when I'm stressed but sometimes even when I'm exhausted I can't get to sleep, or back to sleep if I wake up. So yes... I'll try anything.

I used it a lot before Christmas and towards the start of the year but it's only the last month or so where I've used it religiously and really been able to see a difference. I've been telling a few people about it so I thought I'd keep a track of my sleeping patterns over a 7 day period and see if I could say it genuinely works or if it was just in my head. It's safe to say that I don't think it's just in my head. 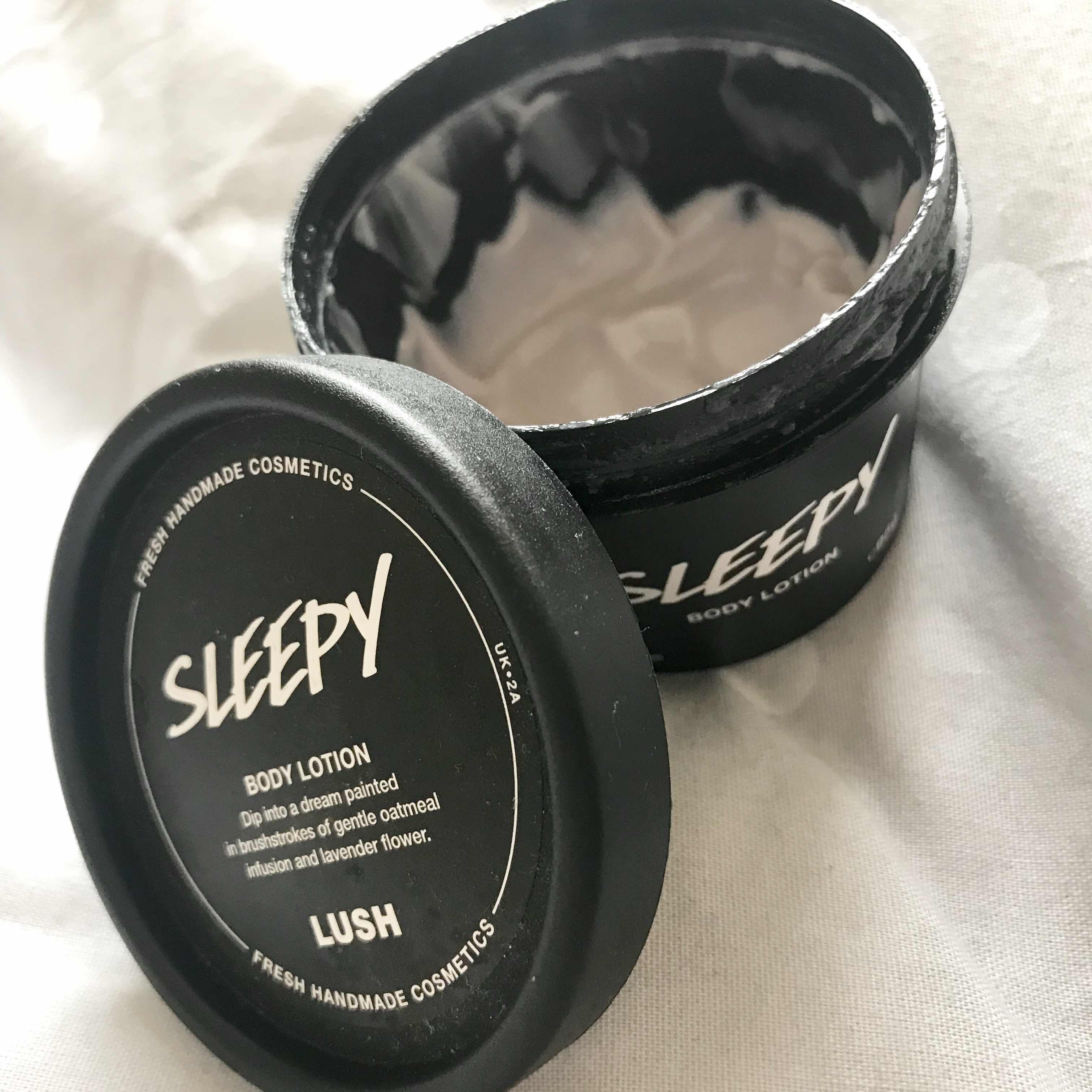 Night 2:
No lotion
Got into Bed: 9.40pm
Fell asleep: Roughly 12am
First wake up: 12.50am for around half hour
Second wake up: 2.15am until around 4.45am (had a bit of Pinterest time looking for flat lays!)
Third wake up: 5.53am for around 20 minutes (or less than an episode of How I Met Your Mother)
Final wake up: 7.50am when Nick went to work.
Total Sleep: 4 hours approximately

So even after 2 nights of 4 hours sleep and not taking a nap in the day, this pretty much carried on through night 3 too!

I still woke up in the night but falling asleep for the first time was so much quicker. It was certainly a mix of having maybe 8-9 hours sleep in 3 days and also using the Lotion - I'd only used a bit on my neck and chest as I had fake tan on my arms so Night 5 was going to be testing with a full half body having been lotioned!

I got a bit cocky on night 7 and thought that it might just be in my head and I might have magically sorted out my sleeping pattern so didn't bother with the lotion as I wanted to fake tan. But safe to say, I went back to the start and was waking up what felt like every 10 minutes and ended up with about 3 hours sleep.

I have a horrible sleeping pattern and sometimes I know I don't help myself however since being with Nick (who can't fall asleep without the TV on in the background), I always watch TV in bed right up until I fall asleep - or end up falling asleep with the TV on and I can't remember a time when this wasn't the case. I end up getting in the other room and putting Netflix on my phone quietly in the back ground and laying my phone next to my pillow just for the sound. Especially since moving to the new pub I've lay there feeling quite anxious at all the new noises in the pub and being next to a main road certainly doesn't help. But I can safely say that even if I didn't sleep through the night, the Lush Sleepy Body lotion DOES make an incredible difference and I fell asleep SO much quicker and easier without tossing and turning of having my brain go 100mph over various issues that were not worth worrying over.

With it's lavender and oatmeal extracts, it really does smell amazing and really does comfort you when you slip into bed.  Not only does it help sleep and makes you smell luscious, my skin has also felt so much smoother and nourished too since using. It's not cheap and the product gets used quite quickly but it's definitely worth it and I'll certainly be repurchasing and getting a bigger tub - sizes vary from £8-14! And don't forget if you're a Lush addict, you can take 5 empty pots back for a free Face Mask! ;)