September 10, 2014
Just a little blog to show the people of Twitter and #ShropshireHour that they're help is appreciated muchly!

When I moved to Shrewsbury, I was convinced that I'd hate living in the Countryside and really miss the city lifestyle. But with it being summer when I moved, it didn't take long to realise that I was wrong and actually, I really liked being outdoors - any time in the sun doing stuff beats being in the gym!

Again, I took to Twitter and asked for places to walk or places to visit while the weather was nice and the lovely people of Twitter suggested sooo many places I made a list... I'm a sucker for views and couldn't not take a photo of the things I'd seen :)

The Quarry
The second time I'd ever been to Shrewsbury and the first time I'd ever been in the town centre.. I'd brought my Mum up for the weekend to show her where I'd be living and what not and we got the bus into town to have a walk... well, a walk and a half it was. We got madly lost and still to this day don't know where we were walking when we were going for nearly 2 hours. We ended up though in the Quarry and this was the first time I'd ever seen it. I loved the little gardens and water fountains and the view of the cathedral. 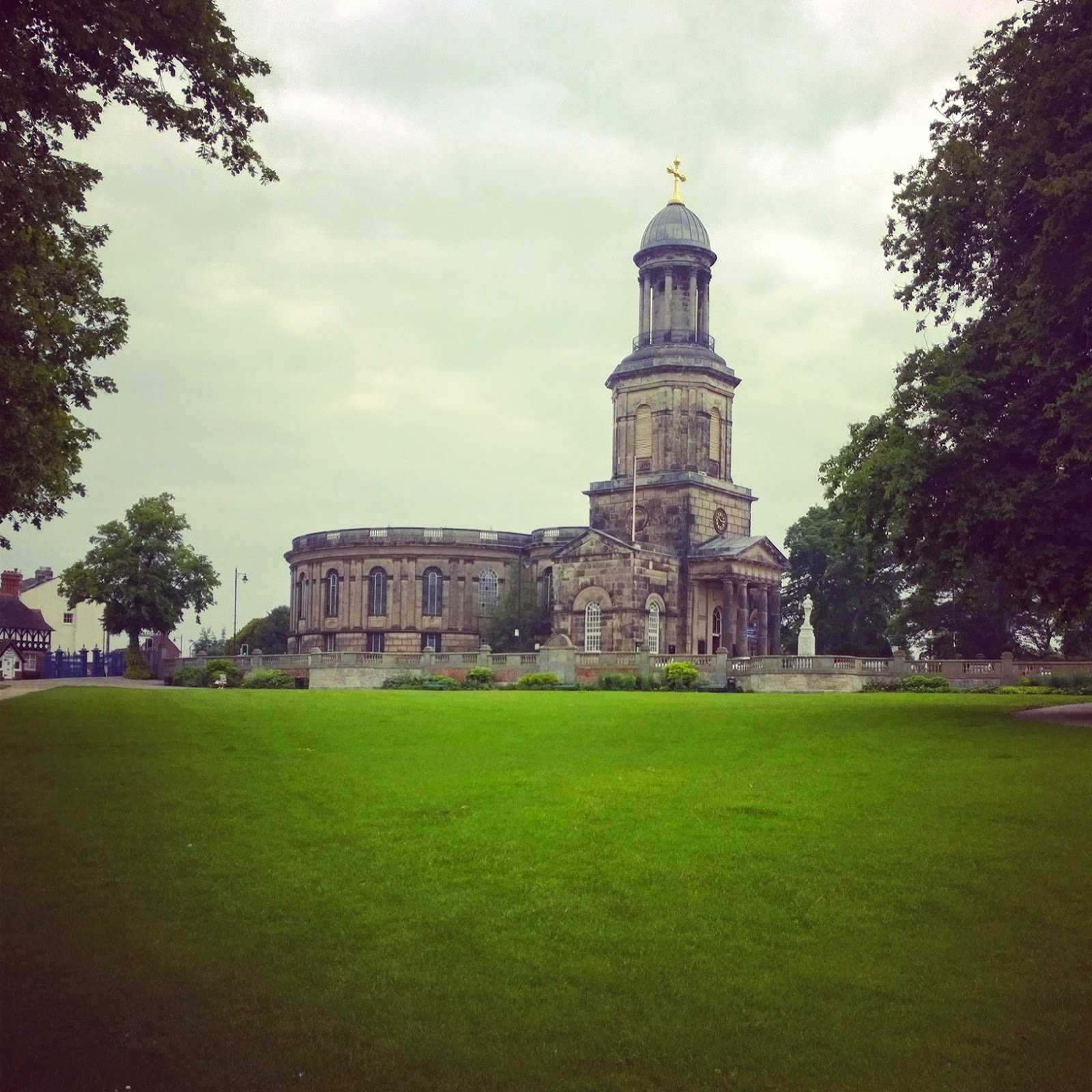 Ironbridge
I remember coming to Ironbridge for a School trip and when I came up for a job interview earlier on in the year, I had some spare time on the way to Telford and drove around for over an hour... could I find this bloody massive bridge? Nope! But a few weeks later once we'd settled in, my grandparents came up for the weekend and one of the things they wanted to do was visit. We had sense this time to use a satnav and what a beautiful morning we had. Breakfast and tea over looking the bridge generally just strolling around the area. 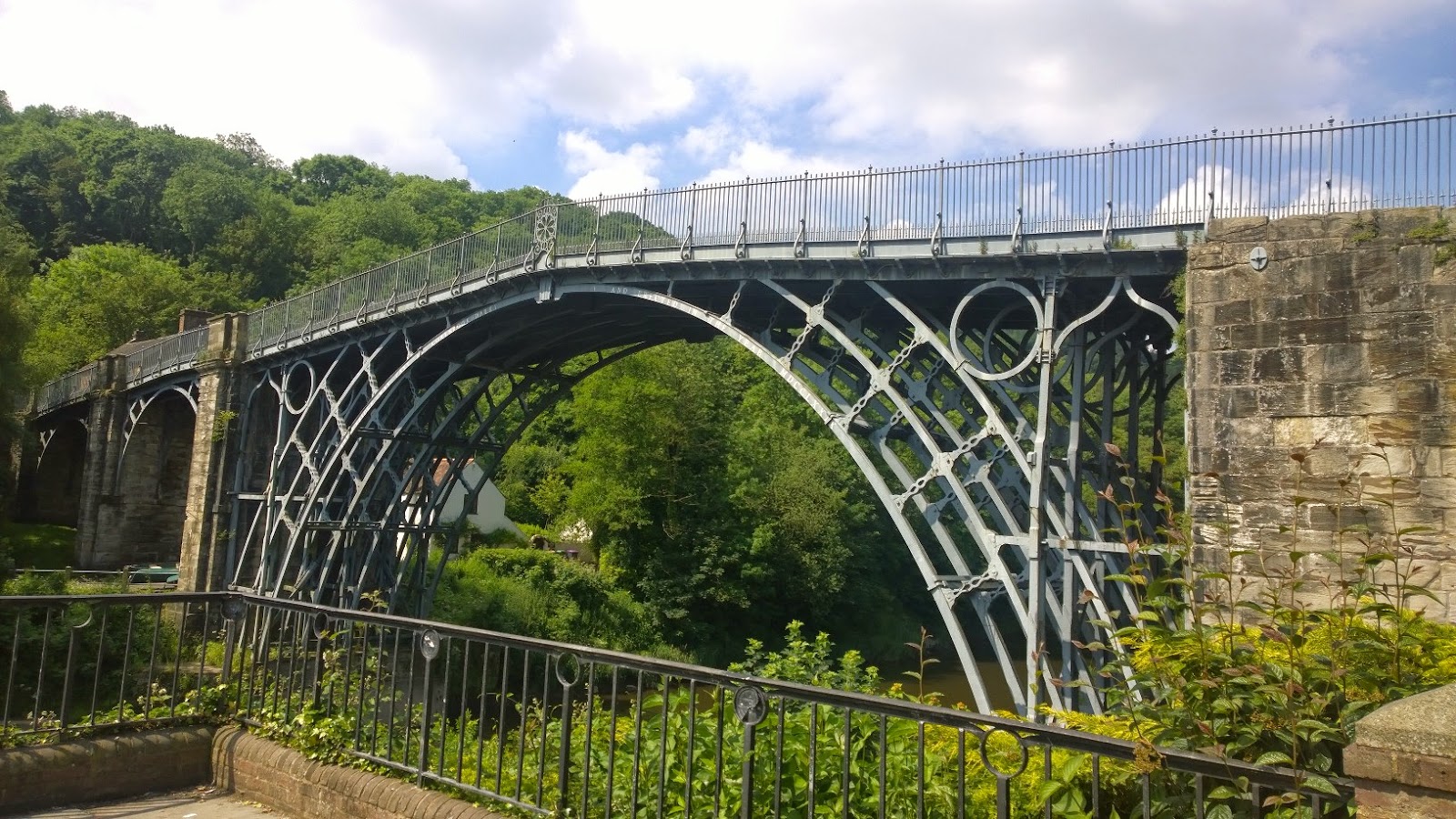 It was possible the best and biggest Ice cream we've ever had - we've also been back a few times since and I just love the little gift shops and cafes... really gives me that "Holiday" feeling that I had when I was a child.

Church Stretton/Cardingmill Valley
I'd seen photos of views from what looked like a top of a mountain and you'd have thought that they had been taken in a foreign country they were so stunning. It took a while but I finally learnt that the photos were taken from Cardingmill Valley in Church Stretton. I had a drive out on Saturday afternoon instead of going to the gym and had read online that there were several walks that you could do, all with different views and things to see. 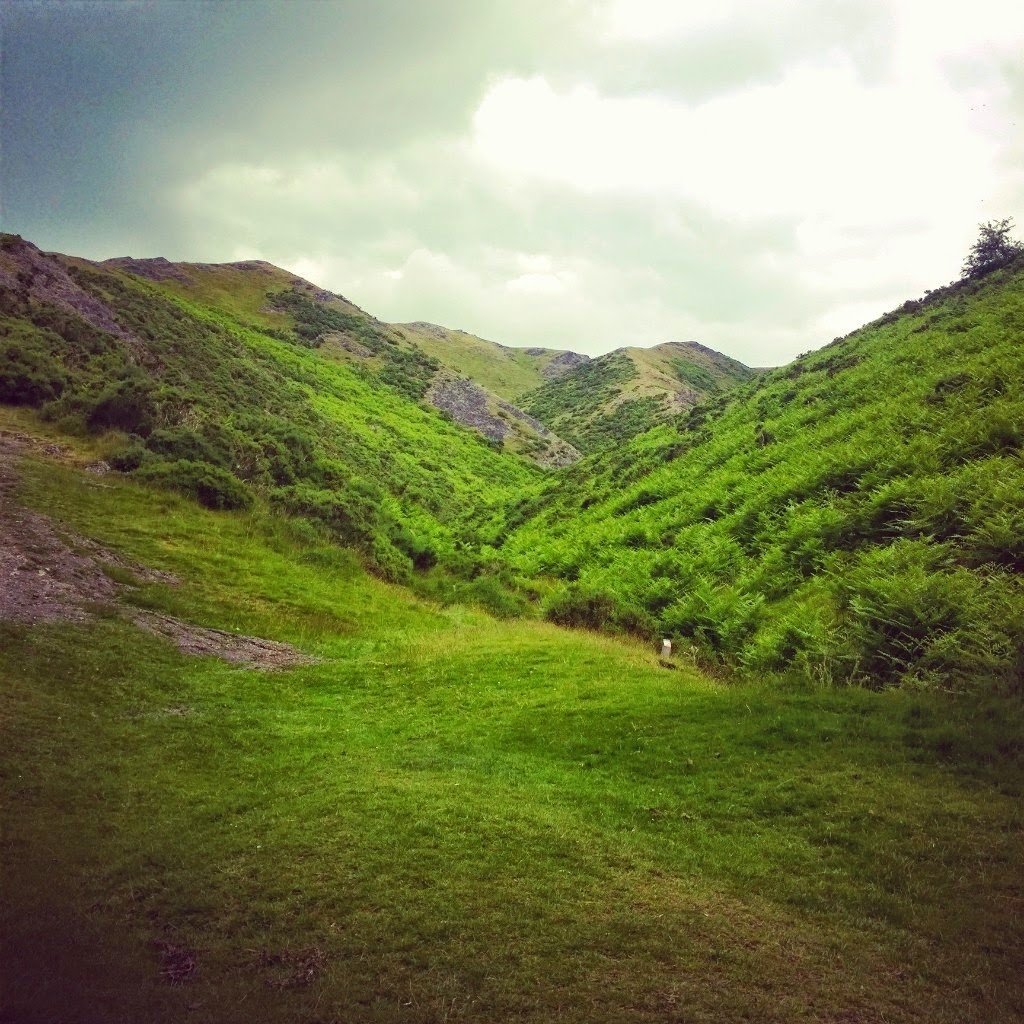 I looooved the fact that the sheep were just roaming around and would come up to you for a stroke - they were so cute and just EVERYWHERE the first time I went. I've been a couple of times since and was disappointed by the lack of sheep haha.. managed to do a couple of different walks and the views are just amazing. 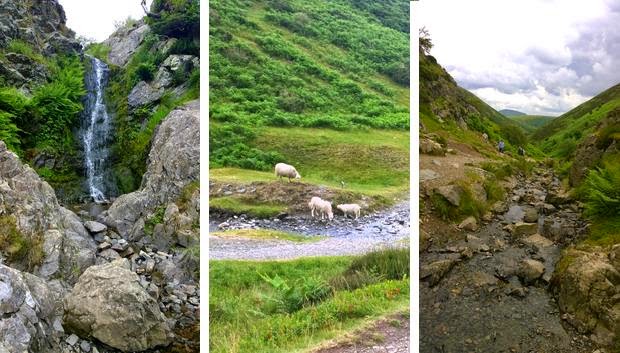 The Wrekin
The final place that's tickled my fancy is the famous "Wrekin". I'd not heard of this before I moved to Shropshire and so many people were like, "you have to visit the Wrekin". I then saw a photo of a view which was taken from the top of the Wrekin and immediately this was added to my Shropshire-list-of-things-to-do. 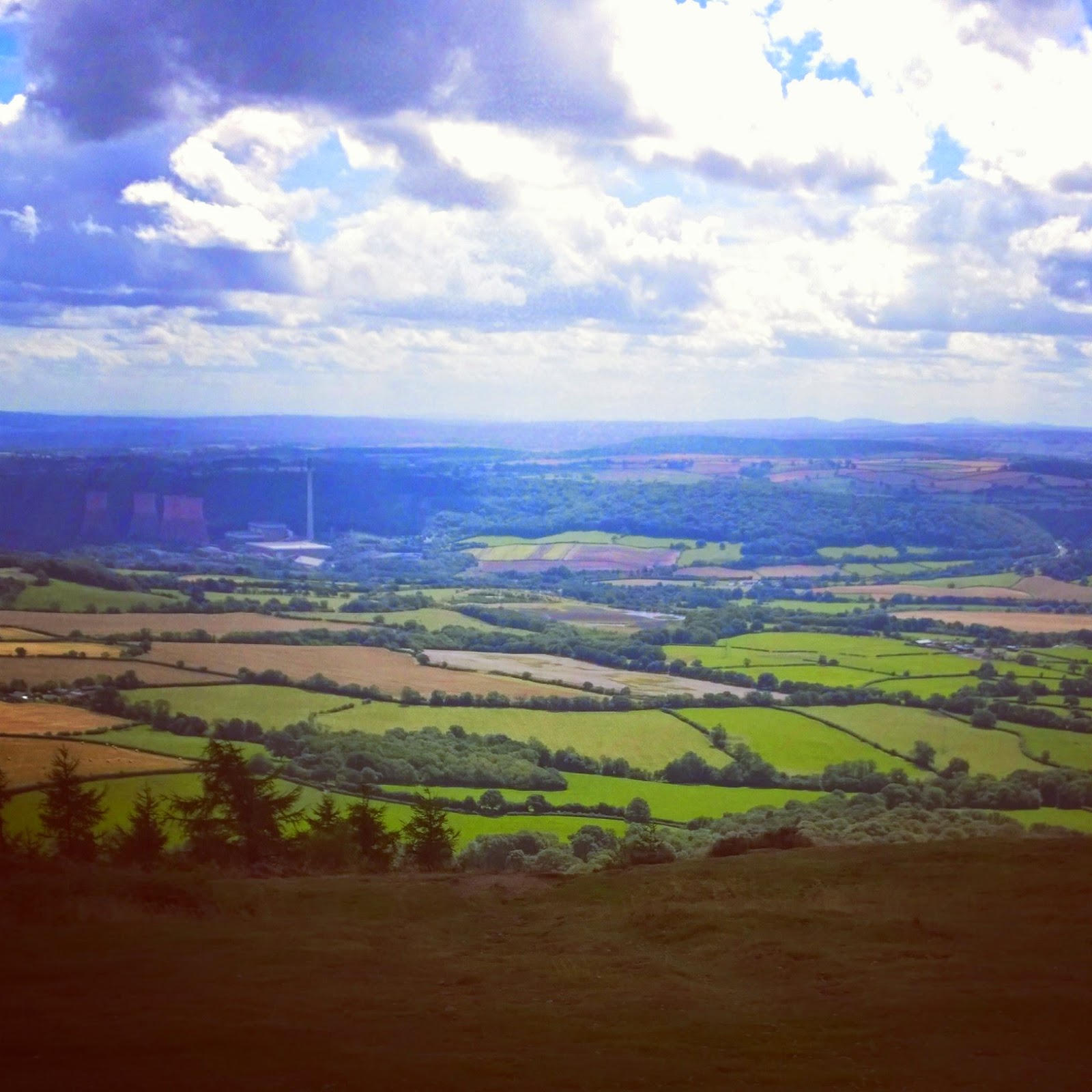 Now, I wouldn't say I'm the fittest person in the world but I go to the gym up to 6 times a week so I looked at it and though, aaaah this looks pretty easy. Will be a nice walk to the top and have a picnic when we get there. So, me and the boy start our "little" walk, me with back pack carrying emergency supplies (food!) and the heat being relatively OK after a tempramental week weather-wise. Oh my days... It's safe to say that it was going to be a bit harder than I expected. I looked around and little kids and elderly people were climbing and thought I must've looked like I was about to pass out.. eventually we got to the top (not without having to stop and sit on rocks or tree stumps several times.. think there may even have been an argument at some point) and the views were out of this world over Shropshire! It's not a walk I've done since but will definitely have to give it another go and hopefully this time may be a bit easier. With views like this waiting for you, what other motiviation do you need, eh?! 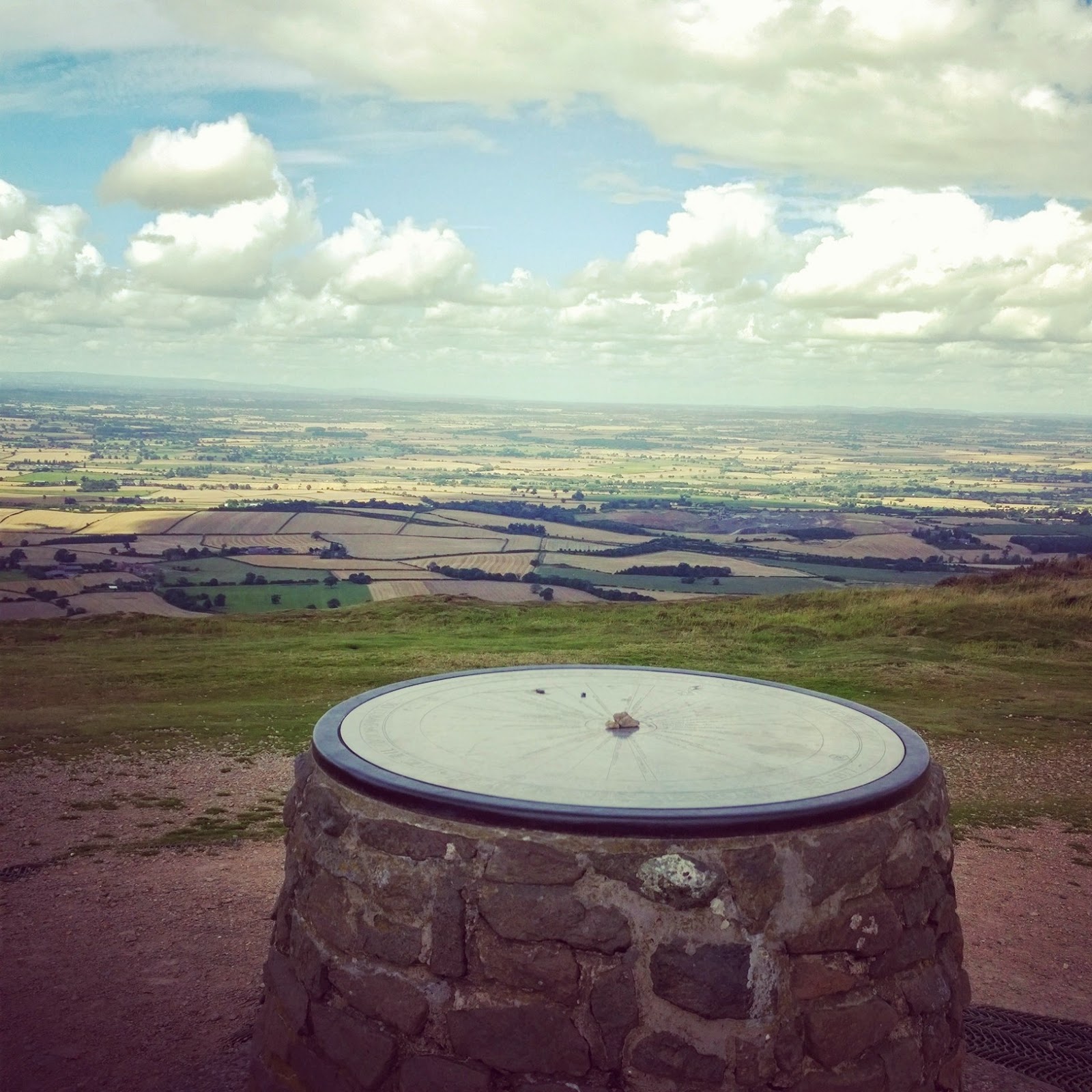 If there's anywhere else anyone in the Shropshire area can recommend to visit, pleaseeeee Tweet me @MsSarahJack!