November 23, 2014
I've stalking Boots.com for ages now as the Mark Hill: Flexi Hot Rods have been on offer but out of stock.. until however, last week it popped up "In stock" and I did a little dance in my office chair! So yes, Boots.com placed in store within minutes and they arrived the next day (love the Boots instore ordering service!).

Tried them this weekend for the first time and there's definitely some pros and cons!
The packaging is actually quite nice - a bit bright but it's really slick and sturdy and actually quite smart. It does say leave them for up to 25 minutes to heat up but after about 15 I got bored waiting and made a start. 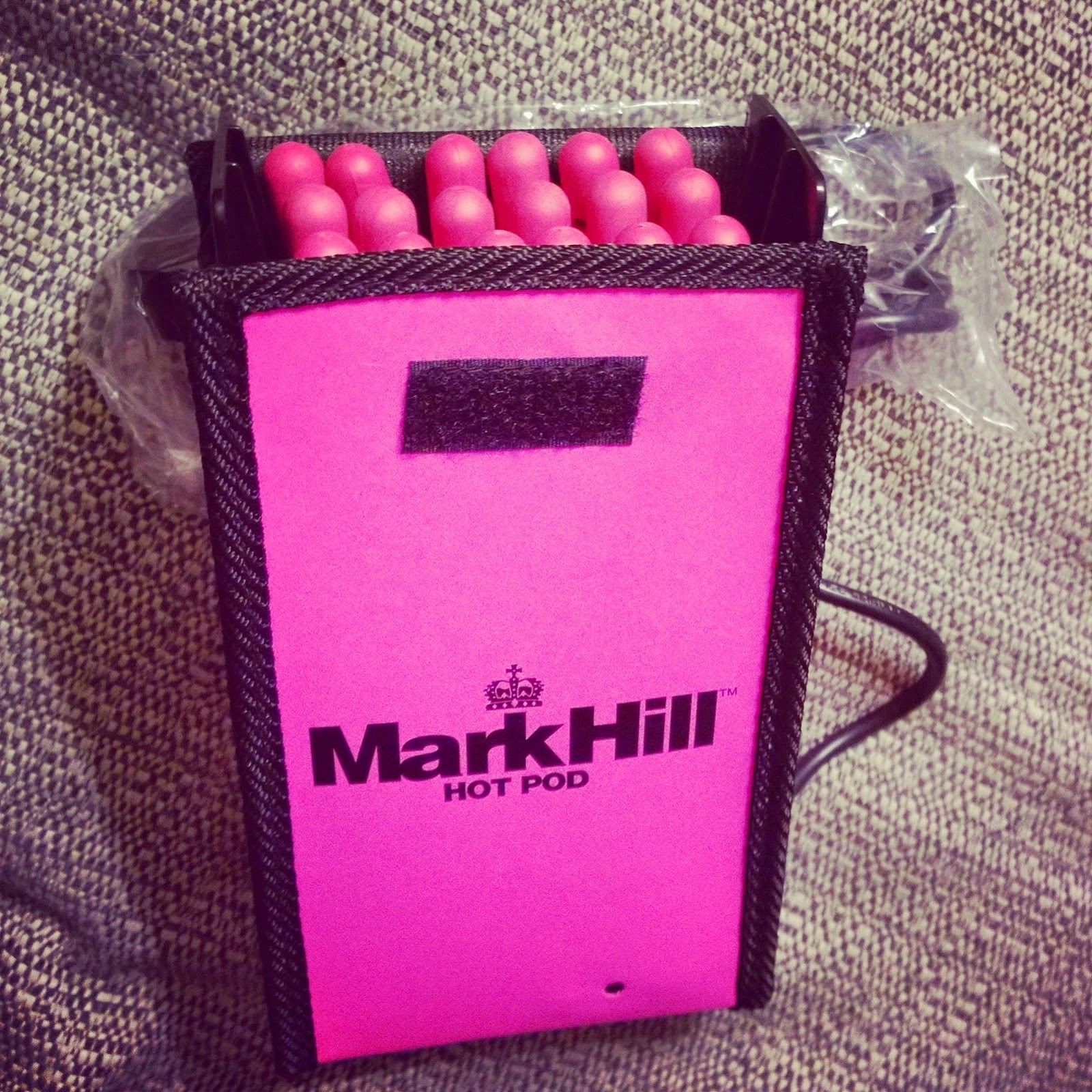 It took no longer than about 20 minutes to put them in which is amazing as it can take me an hour or so normally to curl my hair regularly but I definitely didn't leave them to heat up long enough. To start with, I could pick them up and put them in without having to wear the dodgy half hand glove (definitely a bit of a weird one, only covers thumb, index and middle finger!) but by the end my fingers were covered in blisters as I kept burning myself when folding the rods around at the end.

I only used about half of the rods as I didn't want the curls to be to tight so I sectioned my hair in half and started along the underneath and then worked across the top.

It definitely took some getting used to and by the end I was doing it quite quickly despite them being so hot but I really should've left them in for the full amount of time as annoyingly, one side was a lot curlier than the other and the underneath (where I started) barely curled at all but the curls that were there looked amazing and and really natural. 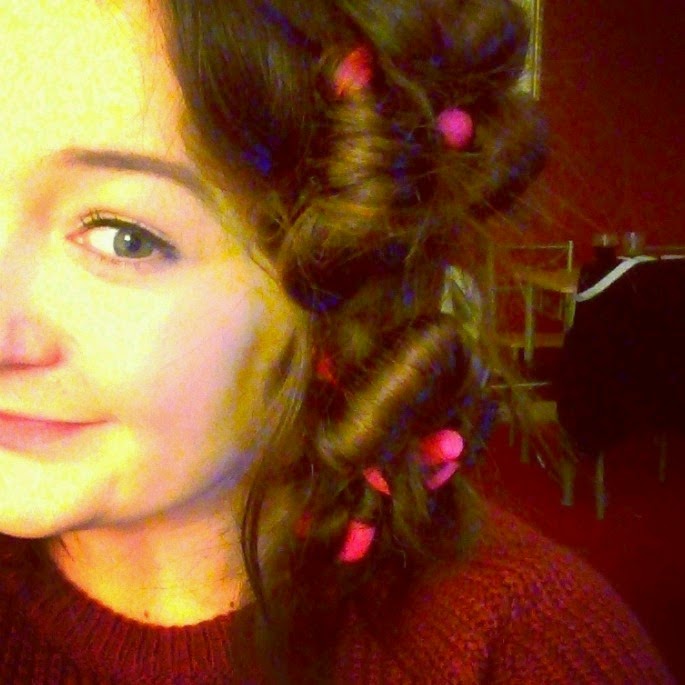 It took some time to take some of them out as the hair had got tangled around the rubber rod at the end but in general it was quite easy to get used to. My biggest disappointment was that the curls dropped so quickly but I do think this was caused by having freshly washed hair, no hair spray and not leaving the curlers to heat up for long enough.

I'll definitely be giving them another go using what I've already learnt so fingers crossed I have more patience to leave them in long enough so they turn out better! For £20 while it's on offer, it's potentially a huge investment - keep an eye out on Twitter and Instagram for updates on the next attempt! 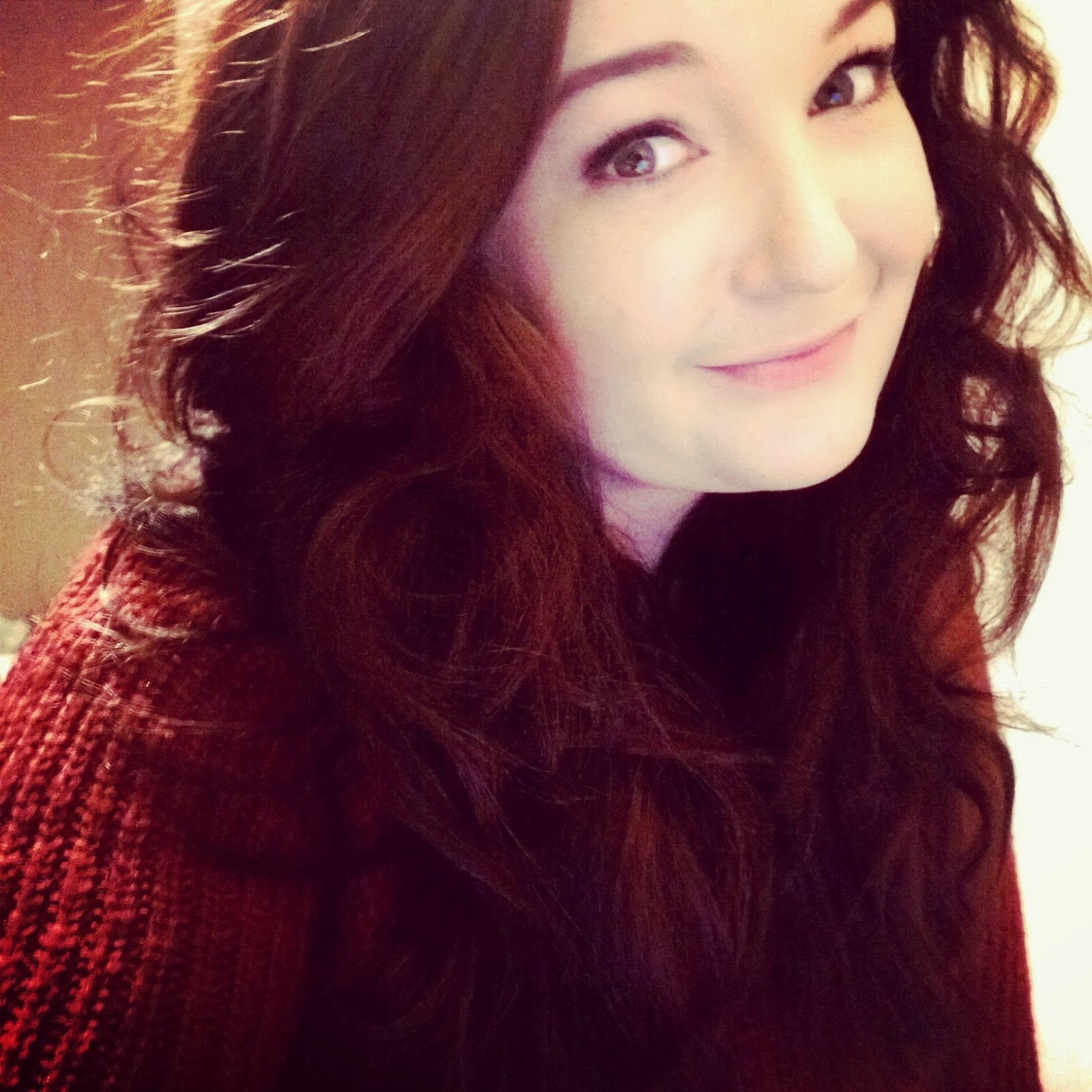