My favourite ways to de-stress!

September 30, 2015
If you follow me on Twitter or Instagram you'll know that I've had the week (or fortnight even) from hell after some b*tch reversed into my car and wrote it off - mix this with being the week before payday, barely seeing the fella as he's been working so much and a couple of late shifts at work - it's safe to say that a glass of wine was called upon a couple of times. There's a quote that says "Stress is directly related to how out-of-control we feel" and that's been a huge problem this week - I like being organised, knowing what I'm doing and this week I've not been able to be in control of anything as I had to spend a few days without a car and even after I received a courtesy, I couldn't control how long it took to check it, write it off and I'm still waiting to find out how much money my settlement will be.

Plus despite having left Nottingham over a year ago, I've also felt SUPER home sick the last week or so - particularly Friday night and over the weekend as I was on my own pretty much from Friday-Sunday and a planned few drinks was cancelled when Nick had to work late (which happens a little to regularly!) My mind gets to thinking and sometimes it makes me worse and even more upset so I have to come up with things to keep me busy or distract my brain.

I have of course managed to attempt to get through the last couple of weeks (despite the little argument I had with the guy from my car insurance company today!) and I feel so much better than I did and I think it's down to a few things that I've done that have perked me up or have even been something to look forward too.. (It's very similar to my Winter Weekend Post I did last year, but either may give you a few ideas..) 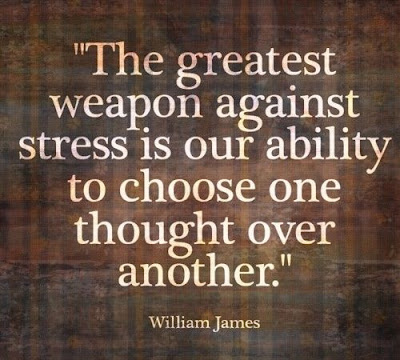 1) Early night and pamper session!
Perfect if you have a night on your own and just want to take 5 minutes to breath and relax.. Nick's worked quite a few nights the last couple of weeks so a couple of evenings I found myself in bed by half 8 with a hot chocolate, cosy jumper and PJs, Miranda (or something funny) on the TV with my skincare routine and a nice bottle of nail polish. Just having an hour or so to spend on yourself and relax after a hellish day works wonders and can make you wake up in a totally different mood!

2) Go to the gym!
Believe me, the Thursday after it happened was all I could look forward too. I knew I had a Personal Training session in the morning with Hot Yoga in the evening - I went into the PT session first thing in a shit mood and felt like I really couldn't be bothered but after smashing the rowing machine and putting all my anger and stress into throwing weights about, I came out of it feeling like a different person - I felt a bit more motivated and like a weight had almost been lifted and not that I just wanted to sit at home and be a mardy cow all day on my own. Plus the hot yoga ensured I had the best night sleep that I'd had all week.

3) Go for a walk
Like going to the gym, the action of walking can reduce stress and anger but just being out in nature (I visited the Attingham Park Harvest Festival in Shrewsbury!) in the beaming sun put a smile on my face.. Looking around the gardens and just hearing the kids play or smelling the food and drinks available at the festival was lovely. It felt good to be outside too and not cooped up like I had been without a car. Spending the morning walking around Attingham Park with Nick was a brilliant way to spend out rare time together.

4) Bake!
I LOVE baking and cooking and anyone who I've ever worked with knows how much I bake cakes and anything else I can fatten people up with. I spent a couple of evenings before the Macmillan Coffee morning baking and decorating cakes. I always find it quite theroputic and it's a good way to keep your mind busy - plus, the cake always helps everything anyway ;)

5) Text or call a friend
I always think about the people who I no longer live in Nottingham with and wonder what they're up to so the other night I text one of my girlies just saying "hey" and seeing how they are etc and just a few texts back and forth and a super quick catch up reminds you that people will still be there for you when you feel pants, even if it's just a quick text message.

I hope these may come in handy or sit at the back of your mind if you're feeling a bit down - I'd like to think any of my friends or anyone who knows me knows I'm just at the end of a phone and always ready with a glass of wine and/or cake in hand! Tweet me links to similar posts to give me ideas in the future - which I'm sure I'll need at some point ;)