My Tattoos.. And thoughts on them years later!

November 25, 2015
Today is the 7 year anniversary of my first ever tattoo and it makes me wonder about the tattoos I've had since and how much I now dislike one or two. I hold my hands up to the fact, and anyone who knows me will agree, that I'm way too spontaneous for my own good and out of the 4/5 tattoos I have, only 1 was planned.. And even then it was a couple of days before. Each time it's been a spare of the moment thing and although it's a story to tell, I sometimes think my spontaneous-ness got the better of me...

My first ever tattoo was the day before my Sisters birthday.. The first birthday we had after losing her. So to honour her, I decided I wanted her initials tattooed on me. Me and a friend, Holly were having a girly day shopping in town and Holly wanted to know how much it would cost for her lip pierced (or something along those lines) so we went into the Tattoo and piecing shop next to the cafe I used to work in. I knew the guys in there as I'd worked next door for over a year on a weekend so got chatting and said that I wasn't working the next day as it would've been my Sisters birthday.. And somehow just minutes later I was in the chair, for the first time, just SIXTEEN years old, having a tattoo.

I was surprised at how little it hurt compared to what I expected and I ended up going back a week later for the little pattern and star underneath. The part of the story I always love telling us the fact I went into my Mum's work and told her in front of her colleagues on the shop floor so she couldn't shout at me! 7 years on, I love the meaning of the tattoo but I wish I'd had it nearer my wrist and not half way up my forearm - and a different pattern maybe to make it bigger and stand out! 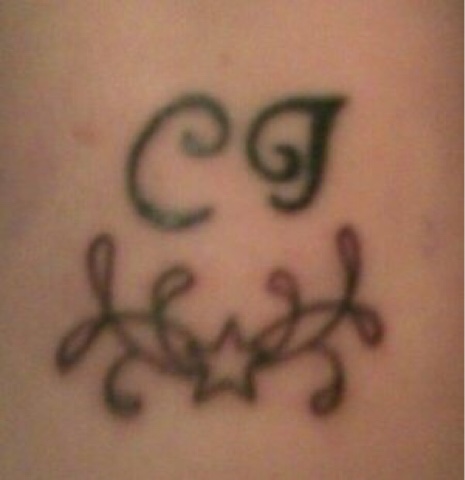 A few years later in 2011 when I'd left college and had a job for a couple of years and been working for actress/singer Karen David in London part time for 9 months, I was heartbroken when I finished my internship. To remember the best few months of my life,  I got a music note on my little finger as a) Karen's a singer and still now like a big Sister, and b) my favourite song is about Pinky Swears.

Out of all of these tattoos, this was by far the most painful and I'm sure I cracked the guys knee I was gripping so hard!

4 years on, I love the meaning but it's fading and got little bits missing so I didn't choose the best place for it - but it's the one tattoo that's on show all the time and I do get people saying how nice it is. 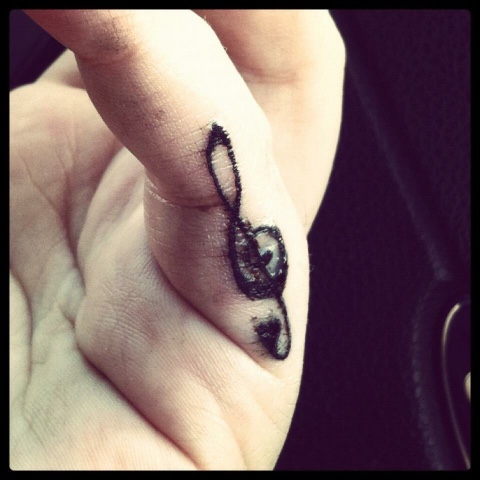 Late in 2012 I'd caught the tattoo but so when my girl Abi asked how it felt having a tattoo, I decided to take her to the tattoo shop and show her 🙈 I wasn't planning on having one and it was definitely a stupid choice as I think now it's a bit tacky and there's so many other things I look at now and think "that would look great on the back of my neck". It hurt like hell too. This is the one I regret the most as pretty as it is! 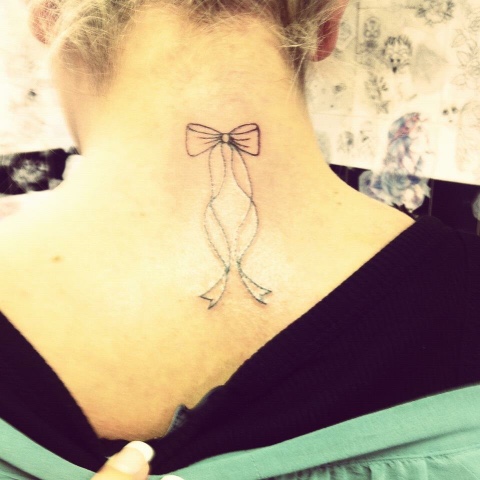 Finally, the tattoo I have the biggest love/hate relationship with!

While I was in LA in 2013, one of the things at the top of my to do list was visit High Volltage tattoo shop where they film LA Ink! I found the shop and the queue was out the door but I was determined to get a T Shirt or some kind of memrobillia! I had no idea that item would be a tattoo after queuing for an hour for the bloke in front of me to change his mind last second. I made the split second decision to jump in and say I would love to take it as I've travelled all the way from England. They said any tattoo no matter what size would have a starting price at $200 and I had about 10 minutes to choose what I want and half an hour to have it done. I knew I wanted something to do with America and I suggested a dollar sign.. They advised they'd "go and get my artist" and came back with Mojo Foster so I was that star struck I didn't really look at what he drew, I just said yes. It really was the most incredible time talking to him and some of the others but my dollar sign looks more like another music note and I've been battling with the decision of covering it up.. Not liking it Cs Having it done at LA Ink.. Hard choice right? 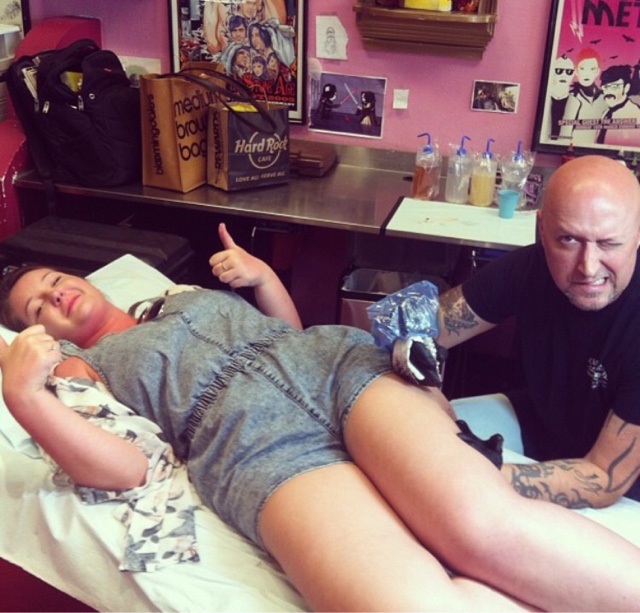 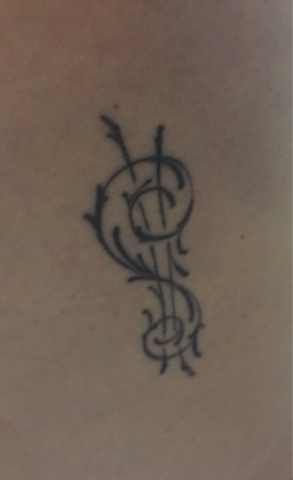 I'll definitely be thinking about covering up my 4 inch dollar sign but it will take something I really want and love to do it! Same goes with any other tattoos, I'm not in a rush for more (even though I'm forever Pinterest-ing tattoo ideas) but I'll be sure to think before in ink now I'm idler and hopefully wiser.

Would love to see and hear anyone else's tattoo stories and any mistakes you may have made ;) 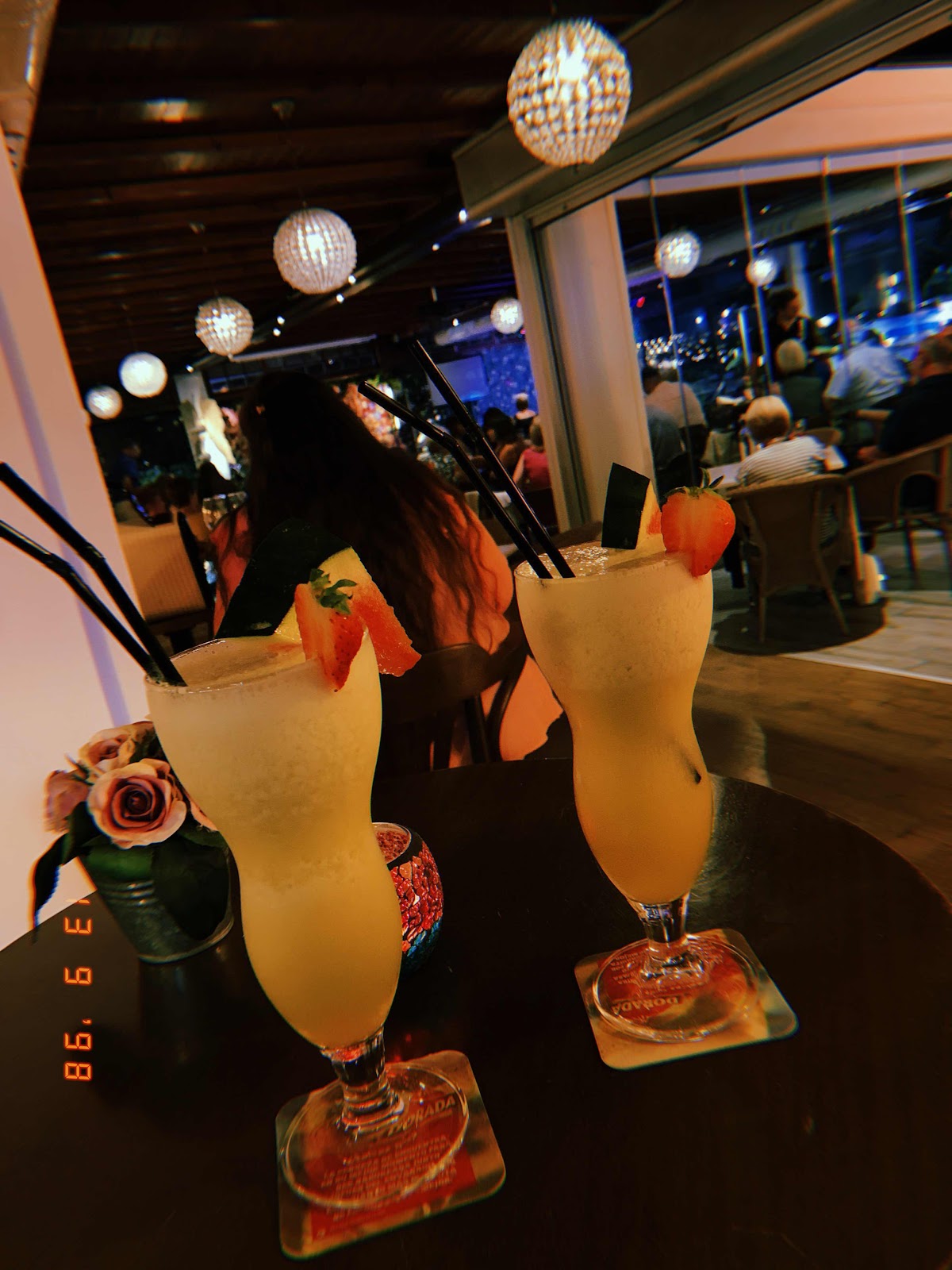